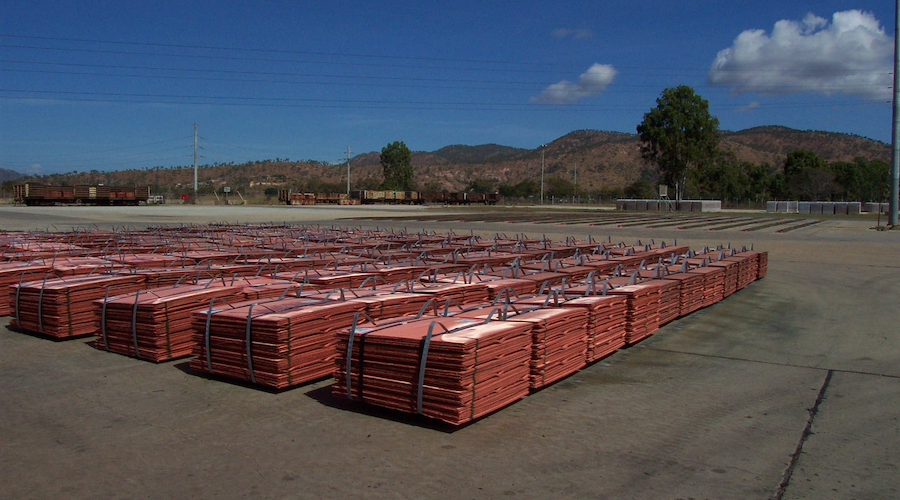 Major oil producers, for decades the natural resource industry’s top earners, are being eclipsed by once-smaller mining peers who are churning out record profits thanks to red-hot metals markets.

The mining windfall is the latest sign of a boom in iron ore, copper and other metals that’s sending an inflationary wave through the global economy, increasing the cost of everything from electrical wires to construction beams.
In the corporate world, the top five iron ore mining companies are on track to deliver bottom-line profits of $65 billion combined this year, according to estimates compiled by Bloomberg. That’s about 13% more than the five biggest international oil producers, flipping a decades-old hierarchy.

The eye-watering mining profits are mainly a product of iron ore, the world’s biggest commodity after oil. The crucial steelmaking ingredient has been trading just a whisker below $200 a ton and on par with record prices from a decade ago, when voracious Chinese demand triggered what became known as the commodities supercycle. The largest Australian mining companies can pull a ton of iron ore from the ground for less than $20 a ton.

Copper prices have also jumped near to all-time highs, crossing the $10,000-a-ton barrier for the first time in a decade. A basket of base metals including aluminum, nickel, copper, tin, lead and zinc is trading at levels only reached twice in modern history: in 2007-08 and 2011.

For the big five iron ore miners — BHP Group, Rio Tinto Group, Vale SA, Anglo American Plc and Fortescue Metals Group Ltd. — this fiscal year will be just the second time this century that they’ll out-earn their oil peers, estimates show. It would be only the first time if their oil rivals hadn’t been weighed down by huge writedowns in 2020.

During the previous commodity boom, which peaked between 2008 and 2011, Big Oil easily made larger profits than Big Mining. A decade ago, for example, the five energy majors — Exxon Mobil Corp., Chevron Corp., Royal Dutch Shell Plc, Total SE and BP Plc — delivered adjusted earnings that were double those of the big five iron ore miners.

Now, the surge in mining profits is another headache for the large oil companies as they struggle to attract shareholders amid mounting concern over climate change. While the miners are already returning more cash to investors, the oil producers are only just starting to do so, after some cut dividends last year.

The miners also have a better story to tell: while oil contributes to a warming world, some metals — particularly copper — are key to building a greener future based on electric cars.

The mining windfall matters beyond the natural resources industry. It’s an indication that companies across multiple sectors will face rising costs, which at some point could translate into broader inflation, potentially hitting bond and foreign exchange markets.

So far, central banks — notably the U.S. Federal Reserve — have largely disregarded those pressures, saying they’re one-time price surges that are unlikely to start an inflationary problem. The Fed said April 28 that while inflation has risen, the increase largely reflects “transitory factors.”

Iron ore is in a dream scenario: demand, especially from China, is rampant, while supply is constrained. China, which accounts for about half of global steel production, is making a record amount of the metal, while industrial output is surging across the rest of the world as huge stimulus packages fuel a recovery from the pandemic. At the same time, producers are struggling to keep mines running at full capacity.

Yet underpinning the tightness in metals is a strategic decision made by the big miners half a decade ago. After spending years pumping ever-expanding supply onto the global market, they ripped up growth plans and focused instead on shareholder returns. The result was that supply largely stopped rising and prices started to pick up.

The good news for investors is that during this wave of high prices they’re likely to see more of the profits. Unlike in the last commodity supercycle, the miners — still bruised from a series of disastrous deals and projects — are reluctant to pour their extra earnings into acquisitions or new mines, instead choosing to distribute record dividends.

That point was made clear by Vale’s CEO last week, after the Brazilian mining giant posted its best quarterly result since the high-point of the supercycle a decade ago.

“You shouldn’t expect extreme” spending, Eduardo De Salles Bartolomeo said on Tuesday. “There is nothing on our radar like that. And secondly — the question that a lot of people make so I’ll take the opportunity to make it clear — there is no transformation and M&A on our radar as well.”

Big Oil is now doing the same, with companies from Exxon to BP abandoning oil output growth plans in an effort to regain shareholder trust: they have slashed spending on new projects, and after paying down debt, are promising to reward investors rather than develop new fields and refineries as they did during the previous cycle. That’s likely to result in lower oil supply later this decade, which in turn could support prices.