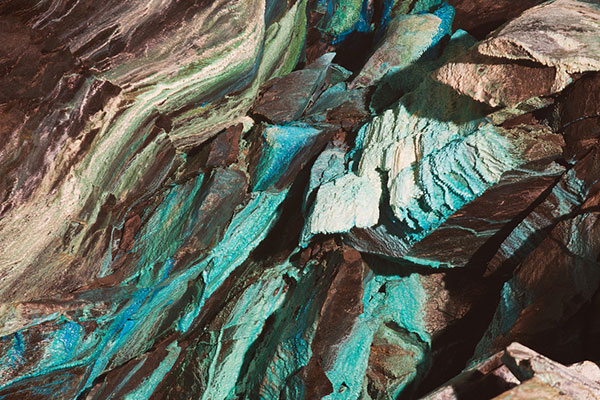 Amid ongoing talk about a commodities supercycle, all eyes are on the mining companies.

Mining giants BHP (LSE:BHP) and Antofagasta (LSE:ANTO) today showed they are well placed to benefit from surging Chinese demand for iron ore or copper’s role in the transition to a low-carbon economy.

Even if talk of a commodities supercycle has subsided in recent weeks, the pair’s production updates kept the upside for their shares after a positive 2021 so far in the mining sector.

BHP told investors it expects annual iron ore production at the top end of forecasts as it looks to meet strong demand from China for the steelmaking ingredient. It added it is “reliably executing” on major projects, including new supply in copper, petroleum and iron ore.

Antofagasta ́s production in the first quarter has been in line with guidance, but copper output of 183,000 tonnes fell 5.7% in part due to a second wave of Covid-19 infections in Chile.

The group operates four copper mines in the country, including its flagship operation Los Pelambres in the Coquimbo region. Water shortages at Los Pelambres and new pandemic restrictions pose significant challenges, but the FTSE 100 company today left its full-year guidance unchanged at between 730,000 and 760,000 tonnes of copper.

Copper is used in electricity infrastructure as well as in coil windings in the stator and rotor of wind generators and the cell ribbons and cabling of solar photovoltaic systems.

Consumption in 2018 was 23.5 million tonnes but this is expected grow to 33.5 million tonnes by 2040. Most of this growth will come from mined copper, but an increasing proportion is recycled material as copper can be used again without degradation of its properties.

The green transition and expectations for a sharp recovery in economic activity in 2021 helped copper prices hit a nine-year high in February, although there’s been a fall back to closer to $9,000 per metric tonne since then. Antofagasta shares are 22% higher so far this year and have trebled in value from their pandemic low in March 2020.

Its highly focused portfolio of mined commodities means the shares lack the diversity of blue-chip rivals. Currency movements between commodities priced in US dollars, costs priced in Chilean Pesos and a share price listed on the UK stock market in sterling add further to investor risks and forecasting.

In contrast, Melbourne-based BHP has operations spanning copper, iron ore, coal, petroleum and nickel. The only changes to its production guidance today were in copper after a strong-than-expected performance at its Escondida mine in Chile and reduced estimates in metallurgical and energy coal due to significant weather disruption in the quarter.

Analysts at UBS said the production update was in line with forecasts, with a potential modest upside risk from the changes to guidance. Shares were 5p higher at 2,172p, but the Swiss bank has a price target of 2,000p after a strong run from 1,492p since late October.

The mining giant recently posted a 16% jump in half-year profits to $6 billion and hiked its dividend by 55% to $1.01 per share as China’s economic recovery and hopes for the rollout of vaccines boosted metal prices. China is a key customer for BHP’s iron ore and recently reported GDP figures showing first quarter expansion of 18.3% year-on-year.

Iron ore generates around three-fifths of overall BHP adjusted profits and copper a further quarter. UBS believes the risk/reward for investors is now in balance, with high cash returns supportive near-term but offset by the potential for iron ore prices to fall back from recent highs.

These articles are provided for information purposes only.  Occasionally, an opinion about whether to buy or sell a specific investment may be provided by third parties.  The content is not intended to be a personal recommendation to buy or sell any financial instrument or product, or to adopt any investment strategy as it is not provided based on an assessment of your investing knowledge and experience, your financial situation or your investment objectives. The value of your investments, and the income derived from them, may go down as well as up. You may not get back all the money that you invest. The investments referred to in this article may not be suitable for all investors, and if in doubt, an investor should seek advice from a qualified investment adviser.

Full performance can be found on the company or index summary page on the interactive investor website. Simply click on the company’s or index name highlighted in the article.