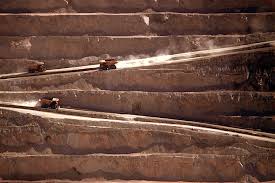 SANTIAGO (Reuters) – The copper market will see a supply glut of 200,000 tonnes this year as the economic impact of coronavirus hits global demand for the metal, a Chilean industry group told Reuters.

Diego Hernandez, president of Sonami, an association of mining companies with operations in top producer Chile, said both supply and demand would drop as the global economy falters.

“With the information we have today, we expect a 3.5 to 4% decrease in demand,” Hernández told Reuters by email.

The association anticipates supply to fall by 3%, which, combined with a decline in scrap metal recovery, would leave a balance of 200,000 tonnes, Hernandez said.

Sonami predicted in early April that copper miners in Chile were considering slashing production amid increasingly strict measures to contain the spread of the new coronavirus.

But Hernandez said he was optimistic the South American mining powerhouse would be spared the worst of the pandemic. “We know that this second quarter is going to be the most difficult and we hope to be able to overcome this challenge successfully,” said the former top mining executive, who has held senior positions in with Codelco, BHP and Antofagasta.

Chile´s state copper agency has estimated a total reduction in output of just 1% of the country´s annual production due to the outbreak.

Mining officials in Chile credit public and private measures aimed at protecting workers for the industry´s resilience even as the virus has hit other parts of Chile´s economy.

Chile surpassed 30,000 cases of the new coronavirus on Monday, amid a spike in infections that has put hospitals under stress and raised fears of complications with the arrival of the southern hemisphere winter.