Will the gold rally continue? Here are two contrasting views 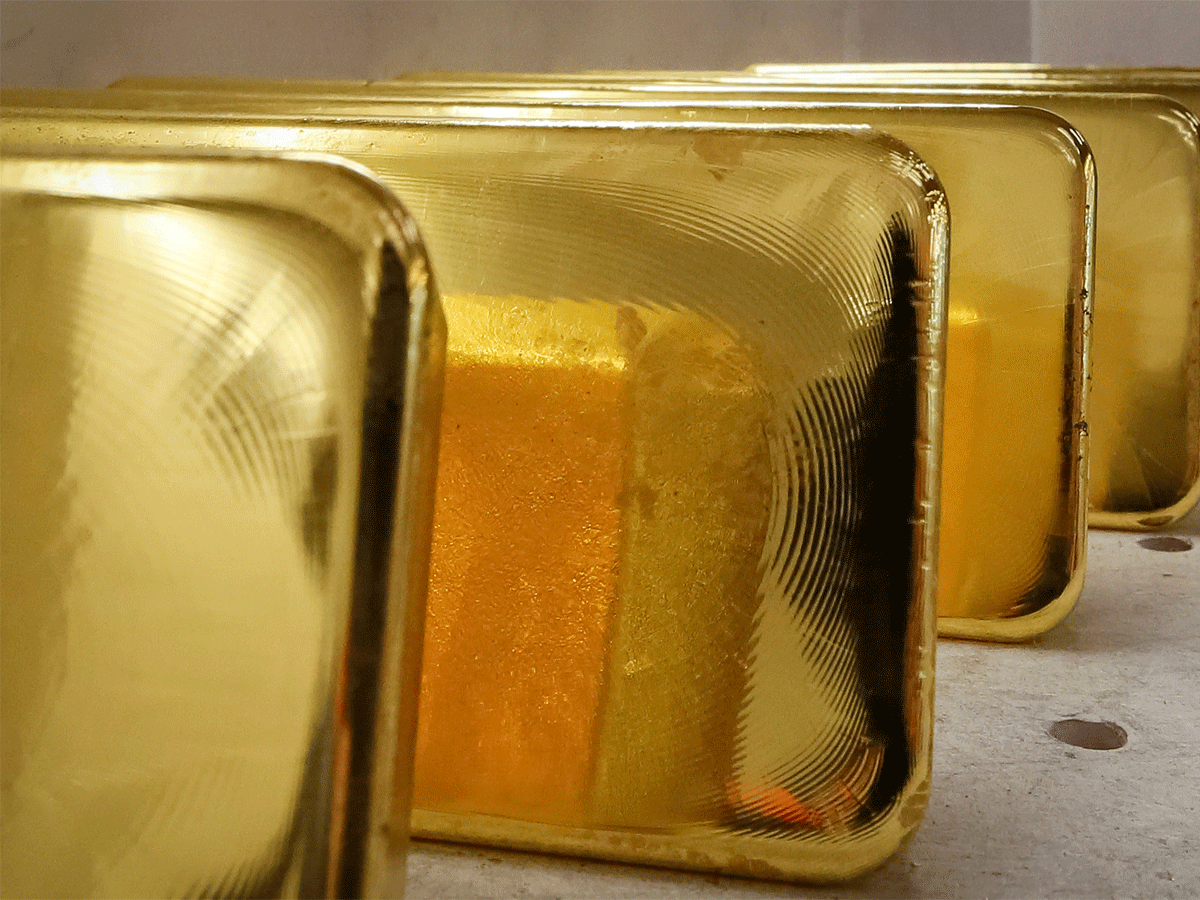 In the post-Covid world, central bankers have expanded their balance sheets by about $5 trillion to $20 trillion in the span of the last four months, with the Federal Reserve  taking the lead. The broad money (M2) in the US is expanding at a rate of more than 20%, a notoriety achieved only twice; WWI and WWII. Ironically, today, the Fed has tightly bonded the future of  financial asset values  to the movement of the dollar. This, coupled with abysmally low policy interest rates across the world, is fueling speculation in financial assets. Today only 7% of the Federal Reserve balance sheets are represented by gold. These events are leading to a decline of the dollar, starting April 20, a predictable seven-year ascent and descent cycle it has followed respectively in the last few decades.

In anticipation of history repeating itself: similar to an experiment in France exactly three hundred years ago when John Law’s Mississippi bubble imploded, destroying his currency, the Livre, the smart money, too, has started looking for an alternative to preserve the purchasing power of fiat currency, and the road is leading to gold. In the world of abundance, investors are looking for assets that are in short supply.

Gold, unlike other metals, has a unique advantage where the supply has grown only by 0.6% over the last three years and no new material finding of reserves has happened, leading its way to the consolidation of mines. Gold skeptics have raised questions on the tepid demand of gold jewellery, but overlooking the fact that it is substituted by increasing demand of coins and ETFs as a proxy. Gold ETFs are currently holding 3,800 tonnes of gold, a rise of 21% and as the momentum picks up, more money flows into this asset class. One of the key facts often missed is that gold shines as well as sparkles in a real negative interest rate scenario when the cost of carrying and financing is nil and dollar T bills are not giving any real yield. A Vallum Capital study suggested on the last five such occasions, it gave a return of 30-150%, thereafter declining when real rate became positive. We are in such a period since the last few months, and central bankers face an unprecedented challenge to cross over holding large US Treasury bonds, which hit the peak of valuation, and may face losses. The alternative: Diversify away from the dollar to a real asset – gold.

As Ralph Emerson observed that “The desire of gold is not for gold. It is for the means of freedom and benefit”. I suppose he was referring to freedom from clutches of a fiat currency. As the world is getting convinced that it will require virtually unlimited inflationary finance to resolve due to the abundance of money printing and deficit, gold is one of the hedges against the financial portfolio for every investor.

Contrary to common perception, gold is both cyclical and volatile, like any other asset class. The high made in September 2012 of Rs 3,077 per gm was followed by a correction of 27.6%, and it took seven years to cross the previous peak; the correction in USD/oz was as steep as 45%. The CBOE Gold ETF Volatility Index, which measures the market’s expectation of 30-day volatility of gold prices, has ranged between 10 and 55 over the past decade, the highest reading recorded as recently as March 2020. Volatility in gold prices over the past decade questions its perception of a stable asset class.

Gold has acted as a useful inflation hedge over long periods of time. The key lies in how much weight should an investor allocate in a portfolio and timing of the purchase.

Traditionally, in India it has been a mustown asset class, further supported by the depreciation of the rupee vs the dollar over many decades. Unlike other commodities, where prices are governed by supply and demand, gold prices are influenced more by investment demand.

With historically low bond yields and cost of borrowing, gold has become an alternative to government bonds. Further, there are two main components of investment demand, ie, demand from the central banks and governments and demand from ETFs like

Money supply M2 growth and gold prices have a strong correlation. The recent rise in the price of gold can be attributed to the unprecedented growth in the money supply M2, which expanded by 23% over the 12 months ended May 2020. In fact, gold prices have outpaced this growth with a 26% rally YTD. Post pandemic, gold bulls expect this money supply growth to result in inflation coupled with interest rate increases.

If that was the case, then this should have been reflected in the bond market’s expectation of inflation – calculated as Treasury yield minus the TIPS (Treasury Inflation-Protected Securities) yield – which shows inflation below 1% for the next five years, and below 1.5% for more than a decade.

The price of gold is generally inversely related to the value of the dollar because the metal is dollar-denominated.

The recent weakness in the dollar has supported gold, which is set to reverse soon on account of the withdrawal of monetary and fiscal stimulus, coinciding with a

In contrast, the returns in Indian equities have been lacklustre over the past three years, and so had been the earnings growth. With earnings growth set to recover, this would support equity markets, making it a much better asset class to own.

Gold finds resistance at $2000 per ounce