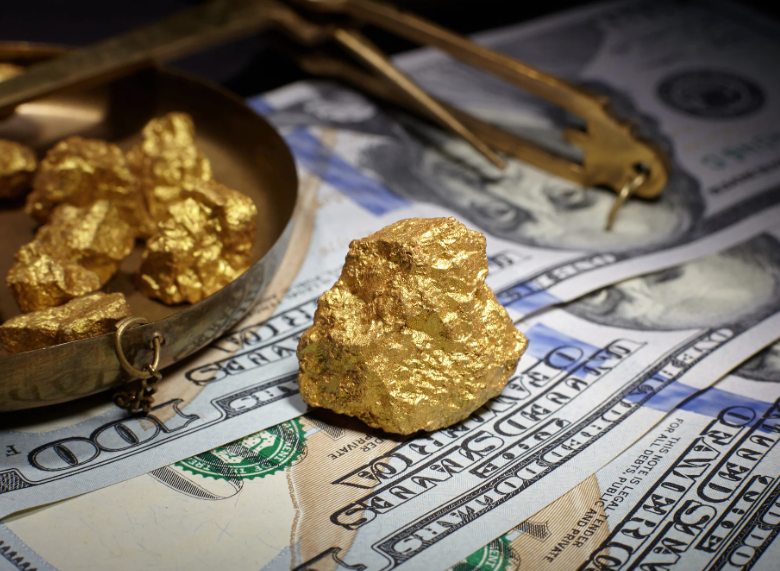 The dash to throw wads of cash at the likes of Bellevue Gold and Mincor shows investors now want to have their cake and eat it when it comes to resource growth and the march towards production.

A willing equity market is stepping up to fund an explosion in dual exploration and development strategies by ASX mine developers.

It is a key theme to emerge from the strong recovery in mining equities from the COVID-19 induced lows of March and makes for a more dynamic newsflow as developers head towards final investment decisions.

In the past, a developer would release its definitive feasibility study and then set out to secure a debt/equity package to fund the project without much happening in between.

But the strength of investor demand for metals exposure, particularly to gold and nickel, means much of the equity requirement is now being secured up-front, with an added dollop of funding for focussed exploration to add more value to the development stories.

In a sense, it means investors are getting more bang for their buck.

They get the attractive development story that has underpinned the ability of the developer to raise dual-purpose equity funding and they get the promise of more exploration of the type that created the development option in the first place.

The pursuit of the dual exploration and development strategy in these best of times for high-grade gold developers is exactly the reason behind Bellevue Gold’s (ASX:BGL) $120 million equity raising, split in to a $100m placement at $1 a share and a $20m SPP at the same price.

“By implementing our dual exploration and development strategy (at its namesake project in WA), we will seek to maximise our ability to create value for shareholders through both resource growth and project development,” Parsons said.

Bellevue will not have a feasibility study into a development ready for release until the first quarter next year. Rather than sit around while that eventuates, to then go into a debt/equity financing phase, it is now going to keep up the momentum across both exploration and development.

It is something the market whole-heartedly endorses, judging by the rush for shares in the placement, prompting it to be upsized from $80m to $100m. It helps that Bellevue remains a compelling exploration story as much as it is now a development story.

Early this week, the maiden indicated resource for the project was released. It came in above expectations at 860,000oz at 11.6g/t gold from the previously announced 2.3Moz resource estimate.

An upgraded indicated resource estimate is planned for the December quarter and drilling to grow the resource base continues.

Importantly, the maiden indicated resource estimate included a high-grade core of 480,000oz at 15.5g/t. It remains open in all directions and is within easy striking distance of the historic underground development from when the “original” Bellevue was a high-grade producer.

Expect the high-grade core to become the focus of an early mine plan for the new Bellevue.

It is why Macquarie’s equities desk (Macquarie Capital is one of the underwriters to the placement) has Bellevue producing 190,000oz of gold in each of FY23 and FY24 at an AISC of $A710 and $742/oz respectively.

Multiply 190,000oz by what, at current Aussie gold prices, is an AISC margin of $A1,850/oz and you end up with a very big number. Macquarie, in arriving at its $1.30 target price, was more conservative with its gold price and exchange rate assumptions.

Still, its forecast EBITDA of $272m in FY23 and $259m in FY24 continues to demonstrate just why investors can’t get enough of high-grade WA gold.

Mincor (ASX:MCR) is an example of the dual exploration and development strategy in the hot nickel sulphide space with its $35.5m capital raising back in November and its additional $60m raising last month.

Mincor is working towards making a $97m final investment decision in the September quarter and returning as a 16,000tpa nickel-in-concentrate producer at Kambalda, as outlined in its March DFS.

So the equity component is already more than done, with Mincor now in the final stages of issuing a mandate for the $53m it wants in project financing.

All that means it has been able to earmark $17m for a two-year program of resource extension drilling and a broader exploration program while the job of getting into production is underway.

The key to Mincor’s ability to secure funding for its dual-strategy has been the Cassini discovery, the biggest nickel find in Kambalda in more than 20 years.

Cassini’s resource base (1.5mt grading 4% nickel for 58,700t of contained metal) has increased four times in the past 18 months and the expectation is high that there is more to come.

Earlier this week, Mincor MD David Southam made the point that there is a long history of resource bases growing over time at Kambalda, the spiritual home of nickel mining in Australia.

Speaking at a Resources Rising Stars Virtual Investor Presentation, Southam pointed to the example of the historic Otter Juan mine, once owned by the company and others. It started out with 17,000t of nickel back in the 1970s and ended up producing 317,000t of nickel.

Fuelling expectations that there is more to come from Cassini was the January hit from a step-out hole which returned one of the best nickel hits you could come across – 17.6m at 5% nickel.

Southam also alerted those in the virtual world to watch out for exploration results at Cassini North, 400m from Cassini Main, and what he described as Kambalda’s version of the Korean peninsula’s demilitarised zone (DMZ).

Kambalda’s DMZ is a 1.1km stretch of prospective ground between the historic Long and Durkin mines which make up the “Northern Operations” in Mincor’s production plan. Previously owned by others, the potential for nickel mineralisation to be continuous between the two has never been tested.

Another point of interest from Southam this week was his emphasis on the low capex cost of Mincor becoming a 16,000tpa producer of nickel-in-concentrates.

The low cost is a function of it not having to build a concentrator (the ore is sold to BHP) and the existing development at the Northern Operations.

Southam made the point that Mincor will be headed for 80% of the production achieved by nickel industry peer Western Areas (ASX:WSA) for 20% of the capital cost.

He would know. Before joining Mincor he was the finance guy at WSA, a $730m company. For comparison purposes, Mincor is $270m company at yesterday’s price of 75c.