Epiroc to Provide Batteries as a Service to Vale Canada 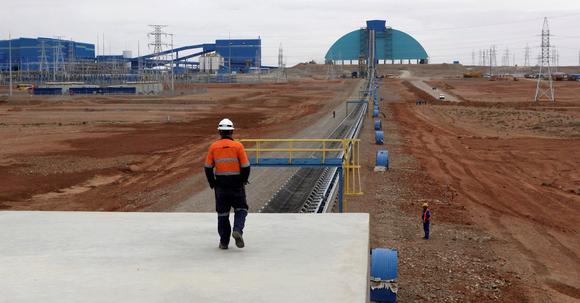 Turquoise Hill Resources Ltd lost a bid to keep its largest minority shareholder from questioning the Canadian mine operator about its Oyu Tolgoi copper-gold mine in Mongolia, while the shareholder pursues litigation against the company.

U.S. District Judge Lewis Liman in Manhattan said on Tuesday that he would not bar activist investor Pentwater Capital Management LP from publicly questioning the company.

Turquoise Hill asked the judge in May to block the investor from contacting the company directly or posing questions at public investor events, saying a Pentwater portfolio manager had asked “very aggressive questions” about the status of work at the mine on an earnings call.

The mine operator argued Pentwater had “gone rogue” and ignored requests to only contact the company through counsel. Turquoise Hill said the investor did not have the right to publicly ask for information it would otherwise be barred from seeking as a litigant under the Private Securities Litigation Reform Act. The act stays discovery while a motion to dismiss is pending.

Pentwater denied wrongdoing and maintained that it had a right as a shareholder to question the company.

“There is nothing in the law that suggests” that “institutional investors will be required to forego their current rights and obligations as shareholders” by serving as lead plaintiffs in securities class actions, the judge wrote in denying Turquoise Hill’s request.

The lawsuit alleges that Turquoise Hill, its controlling shareholder Rio Tinto Ltd and some of their current and former executives concealed cost overruns and delays at Oyu Tolgoi that, which when revealed in 2019, wiped out 70% of shareholder value.

Pentwater claims it lost at least $220 million, and represents a proposed class of investors who purchased shares between July 17, 2018 and July 31, 2019.

The companies have said the allegations have no merit. The defendants have moved to dismiss the lawsuit.

The mine, one of the world’s largest-known copper and gold deposits, is 34% owned by the Mongolian government with the rest held by Turquoise Hill, in which Rio owns a 50.8% stake.