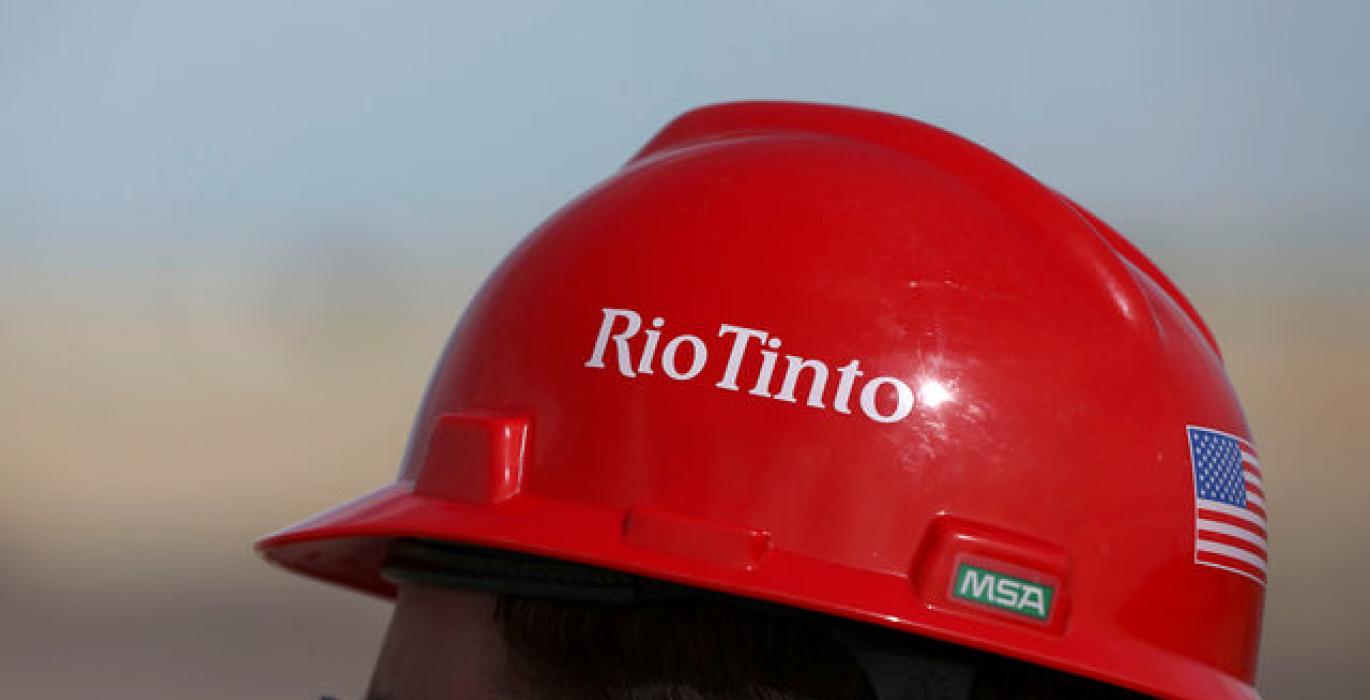 When mining giant Rio Tinto blew up two ancient caves in Western Australia’s iron-ore rich Pilbara with state approval, the destruction was met with anger from indigenous landowners for whom the sites were of deep cultural and sacred importance.

The blasts in late May became one facet of the Black Lives Matter protests in Australia, which saw thousands of people demanding an end to racial inequality in a country where Aboriginal groups have long suffered higher rates of imprisonment, unemployment and lower life expectancy.

Now, however, the ground may be shifting.

The Western Australian government told Reuters it would push for indigenous groups, rather than a departmental committee, to be responsible for evaluating the importance of sacred sites.

The state’s planning department said the legislation, which followed a two-year review of cultural heritage laws, would be introduced to the state parliament before the end of the year.

The bill is in the final stages of drafting and will be released soon for final consultation, it added.

The proposed legislation may fall short of demands of some indigenous groups since it is unlikely to give them a veto on development and could face opposition by lawmakers who see too much red tape, indigenous activists and a land rights lawyer said.

But the bill comes at a time when public outrage over the caves’ destruction, fuelled by the Black Lives Matter movement, could yield different outcomes from a legal structure that has almost always greenlighted mining development at the expense of cultural sites.

Western Australia accounts for nearly all production of Australia’s most valuable export – iron ore – which the government expects to be worth more than A$100 billion ($69.64 billion) this financial year.

Since July 2010, miners have submitted more than 460 applications to disturb or destroy sites of potential cultural significance in the region, according to state parliament records, including Rio’s Pilbara request. All but one of those applications were approved.

Now there are signs of change – the sole request to be declined occurred last month.

The decision came after the Rio blasts at Juukan Gorge, which destroyed a site that showed 46,000 years of human occupation and focused attention on the heritage laws.

Rio acknowledged that it had blasted two caves as part of its expansion of the Brockman 4 iron ore mine and apologized for the distress it caused the traditional landowners, the Puutu Kunti Kurrama and Pinikura (PKKP) people.

In addition to the detonated caves, Rio was cleared in 2013 by the state government to destroy four additional rock shelters at Juukan, according to government records, as part of its application to disturb the ancient gorge.

Artefacts had previously been found at or near the sites, records show, and permission was granted before more extensive archaeological work could be conducted, with no ability to review that decision later.

Mapping data that Rio filed with the state’s Department of Planning, Lands and Heritage and viewed by Reuters indicate two of the caves were within metres of the ones blasted in May. The other two are about 170 metres away.

The Rio case highlights the power imbalance in the world’s biggest iron ore precinct between miners and indigenous Australians who have no legal veto over development projects on their ancestral land, said indigenous academic Marcia Langton.

Unlike their title suggests, traditional owners don’t own the land and are only sometimes considered stakeholders in its management.

“The missing ingredient in all of these arrangements is the right of the traditional owners to consent or refuse requests to destroy their sites,” she said.

Under state rules, miners can destroy heritage sites like the ones at Juukan Gorge – where archaeologists had previously salvaged part of a 4,000-year-old belt made of plaited hair that provided a direct genetic link to the present day PKKP – for mine development by applying for an exemption to its Aboriginal Heritage Act.

As part of the state exemption process, a review is made by a departmental committee, which considers the economic value of the project rather than acting solely on behalf of traditional owners who have no right of appeal in the process.

The inclusion of indigenous voices in the heritage legislation is potentially an improvement, if it includes relevant local groups, said land rights barrister Greg McIntyre, who said he has was yet to see the details.

But the new legislation won’t affect existing agreements with miners where there is a clause that prohibits traditional owners from filing any formal objections with state or federal authorities.

“After the event, there is no remedy for Aboriginal people if the site is damaged,” said McIntyre, who led a historic case in the 1980s and 90s that recognised land rights of traditional owners had existed since before British settlement.

The Chamber of Minerals and Energy of Western Australia (CME) said it supported a review of current legislation.

“CME and its members remain committed to working with Government towards reforms to the Aboriginal Heritage Act that will provide positive, mutually-beneficial outcomes for both industry and Indigenous Australians,” it said in a statement.

Rio declined to comment on clauses in its contracts but referred Reuters to an earlier statement.

“As a company with strong ties and a long history of partnership with Indigenous Australians we are committed to updating our practices and working together so that we can co-exist for mutual benefit.”

The decision to go ahead with the blast has confounded industry watchers given Rio had developed a strong reputation in the industry for its work with indigenous communities.

High standards that Rio had set in the past have been eroded by departures of senior archaeologists as social responsibility reporting has become a largely tick-the-box exercise that can be done from an office, said Glynn Cochrane, an anthropologist and former senior advisor for Rio Tinto for nearly two decades.

“They’ve lost their base. They’re not dealing with communities anymore. They’re not interested in these folks at village level,” said Cochrane, who left Rio Tinto in 2015.

Rio said its iron ore team had around 100 people doing communities work in the Pilbara, many of whom have been with Rio Tinto for years.

“We employ anthropologists, cultural heritage experts, archaeologists and many Indigenous people, many of whom are based at our assets and embedded in our operations,” it said in a statement to Reuters.

To be sure, many miners have spent years developing relationships with traditional owner groups. And, besides royalty and tax benefits for governments, mining also drives employment.

But the too frequent demolition of heritage sites has become a burning issue, particularly with companies under more pressure to show they are supportive of racial justice and acting in the best interests of all stakeholders.

“I don’t see family plots or churches demolished at a rate of knots where there is a city development,” said Nolan Hunter of indigenous land rights group the Kimberley Land Council.

Solidarity calls for DME, Minerals Council to settle out of court