What Investors Need to Know About Zimbabwe After Mugabe 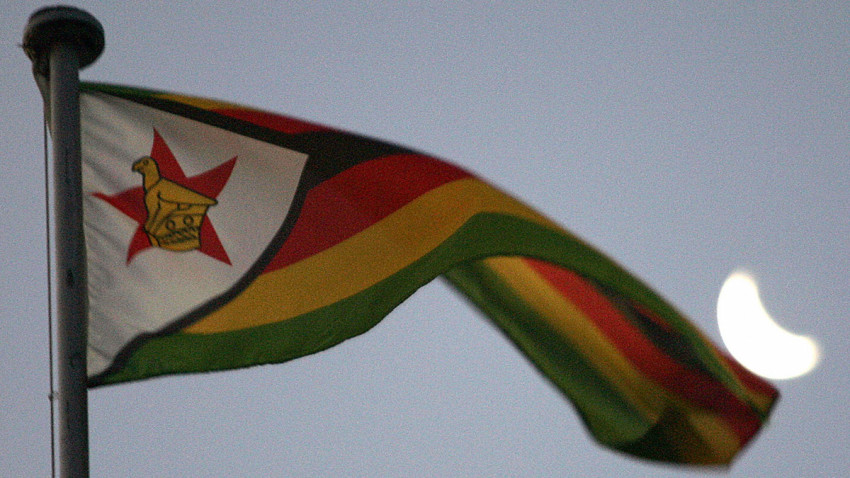 From Harvart Business Review by Anna Rosenberg and William Attwell

After being denounced for years for its dictatorship and destructive economic policies, Zimbabwe entered a new chapter in November 2017, following the military’s removal of president Robert Mugabe, who ruled the country for 37 years. Mugabe’s ouster and replacement with his one-time deputy, Emmerson Mnangagwa, was the most significant development in the Southern African nation since it gained independence from Britain in 1980.

Mnangagwa is clear that he wants to rebuild the economy and start fresh with foreign businesses. This is promising for a market formerly dubbed the “breadbasket of Africa.” Once one of Africa’s most developed markets – with a solid education system, good infrastructure, and a relatively large middle class – decades of mismanagement have cost Zimbabwe. Having lost out on Africa’s recent growth boom, the economy nearly halved in size from U.S. $8.5 billion in 1997 to U.S. $4.4 billion a decade later.

Now the country is at a crossroads. In this environment, multinationals that are willing to accept some risk and invest in the country could benefit from first-mover advantages – but only if the new administration follows through with much-needed economic reforms.

Zimbabwe’s new leadership faces a challenging task. The economy’s backbone is commercial agriculture, which is still recovering from a land reform program in the early 2000s that enabled the government to confiscate large white-owned farms, and resulted in a crash in output of foreign exchange-earning crops like tobacco and cotton. (Tobacco production, the country’s main foreign exchange earner, slumped dramatically between 2000 and 2008.) The land reforms triggered a series of events that spiraled into a major economic crisis and caused formal unemployment to soar to 90%.

Amid worsening food and foreign exchange shortages, Mugabe ramped up populist policies to please his supporters. One was an “indigenization” program requiring companies such as Nestle, British American Tobacco, Anglo American Platininum, and Barclays, to hand majority stakes to black Zimbabweans. The move scared away foreign investors, starving Zimbabwe of much-needed capital – a trend that was exacerbated by U.S. and EU sanctions in response to the government’s mounting human rights abuses. The government stepped up printing money to fund itself, but this resulted in hyperinflation – at one point reaching billions of percent – impoverishing people and crippling local businesses.

The situation stabilized somewhat after the government abandoned the Zimbabwean dollar in favor of a multi-currency system in 2009 and entered a power-sharing deal with the opposition party. A short-lived economic revival followed, helped by international assistance from European countries and multilateral institutions, and high prices for Zimbabwe’s commodity exports.

After Mugabe claimed victory in a disputed election in 2013, however, corruption increased, while the strengthening U.S. dollar – Zimbabwe’s de facto currency – decimated the country’s remaining industrial base by making Zimbabwean manufactured goods too expensive and uncompetitive.

Mugabe’s overthrow, by senior figures in the ruling party and military, was partly driven by his failure to turn the economy around. The new president knows he will need to meaningfully improve the business environment and living standards to secure his legitimacy.

The president also announced the indigenization ministry will be disbanded and the program scaled back. He has proposed reforms, such as tax breaks for mining firms and commercial farmers, aiming to assist export-oriented businesses and earn Zimbabwe much-need hard currency. Mnangagwa is also taking steps to shift the culture in government towards assisting, rather than inhibiting business.

Revitalizing Zimbabwe’s economy will not be an easy task. The most significant challenge to resolve is the lack of cash in the economy which makes it difficult for consumers to transact and for business to import goods. Without its own currency, Zimbabwe relies on USD for over 90% of transactions, but the collapse in exports means money is in short supply.

Moreover, having regularly defaulted on its debts, few international institutions are willing to lend to the government, forcing it to rely on poorly capitalized local banks. This has left little credit for the country’s private sector, exerting a dampening effect on business activity and growth.

Progress on resolving these issues will be slow and incremental. After assuming office, for example, Mnangagwa successfully negotiated with the African Export and Import Bank to provide support for importers, as well as US$ 300 million in new guarantees to allow the central bank to increase printing of “bond notes” – a substitute currency that locally has the same value as the U.S. dollar.

While these measures will provide some temporary relief, accelerating growth will require Mnangagwa to convince institutions like the African Development Bank and the World Bank (to whom Zimbabwe still owes US$ 1.7 billion in arears) that the government is now a reliable borrower. Only then will Zimbabwe be able to access the credit it needs to re-inflate the economy, and this could take several years.

Where are the opportunities?

As Mnangagwa’s reforms begin to gradually stabilize the economy, significant opportunities will emerge across an array of sectors and segments – both formal and informal – for companies hoping to expand in this relatively under-served, but high-potential market. Zimbabwe still holds an attractive class of relatively wealthy consumers, including civil servants who have benefited from the Mugabe regime.

On a recent research trip to Harare, we were struck by the business opportunities that still exist in the economy despite the difficulties the country faced in the past several years.

Consumer-facing businesses: Any company that enters the market offering lifestyle and consumer goods products could benefit from demand that has been unmet for years. For example, after opening its first store in 2014, fast-food chain KFC recently opened its fifth branch in the country. South African restaurant chain Ocean Basket also opened in Harare in 2015 to serve the wealthy urban elite. If the middle-class benefits from improving economic conditions and better access to cash, consumer demand is likely to increase.

Lower-income consumers also present a lucrative opportunity. For example, as the country’s formal retail shops were closing down after the political and economic crisis in 2013, and more transactions were taking place in small, informal street shops and stalls, Unilever set up a manufacturing facility in Zimbabwe. The firm told us that, at the time, Zimbabwe was one of the best performing countries for the firm in Southern Africa. Unilever thrives in informal environments by selling smaller package sizes at low unit costs (but higher margins).

An influx of capital could also result in a revival in the formal retail sector (e.g., supermarkets, shopping malls) over the next several years, since the infrastructure does not need to be built from scratch. This means it would be fairly easy for consumer-facing industries to get access to consumers.

Technology: Providers of mobile banking and cash transfer solutions are doing particularly well in the economy due to the country’s multi-currency exchange regime and low availability of U.S. dollars. Recently, Bitcoin has become popular in the country with the digital currency trading at $13,000 USD in October (at the time about 50% higher than Bitcoin’s global price). Consumers use bitcoins to pay for imported cars, among other purchases.

Zimbabwe’s largest telecommunication company Econet Wireless has found success with its online payment platform that helps Zimbabweans manage the challenges of its multi-currency system. Econet makes it easier to get cash change for items cheaper than 1 USD by allowing customers to make small transactions electronically via their mobile phone.

Technology solutions that help accelerate improvements of Zimbabwe’s decaying infrastructure will also be in high demand. By now, Zimbabweans are well versed in using technology innovations to solve their daily life challenges, and any company able to provide them with practical solutions to access financing, rebuild infrastructure, and ease distribution will likely benefit in this environment.

Talent: Zimbabwe has one of Africa’s strongest education systems, and consequently boasts an abundance of high-caliber talent, which means it is relatively easy for companies to find locals to run their operations. For example, Deloitte expanded its Harare office into a central Africa hub due to the strong talent pool. However, in recent years many high-skilled Zimbabweans have emigrated to neighboring South Africa. Given South Africa’s stagnating economy, skilled and experienced Zimbabweans could return home as the political environment stabilizes and employment opportunities for them expand with an improving economy.

Agriculture: A mainstay of the economy, the agriculture sector will be a major priority given its importance as an export sector that brings in foreign currency. Recently introduced reforms to give agricultural firms better access to finance aim to help farmers buy and import equipment to increase their output – and this could be a boon to global manufacturers. Machinery, seeds and irrigation systems will likely witness a surge in demand.

Looking to the longer-term, Mnangagwa’s administration will look to upgrade areas such as the country’s degraded infrastructure and poorly equipped public health system, which have both suffered due to lack of funds. When this occurs, it will drive considerable opportunities for healthcare and construction firms. However, the government’s immediate priorities are paying down its debts and providing basic services.

But if Zimbabwe’s economy improves, if its operating environment becomes less risky, and trust in the government is reinstalled, investors are likely to re-enter the market given ample opportunities and existing structures that will make it relatively easy to operate there. Plus, Zimbabwe’s geographic proximity to South Africa makes the country fairly accessible.

For companies willing to take on some risks, now is the time to buy local assets, which, though priced in USD, are still fairly cheap because of the associated risk. This is also a good time to look for the best possible potential business partners – they are eager for investment but may not be available for long if interest in the market picks up.

However, companies should stay clear of sectors with high levels of political interference, such as mining. It is not yet clear which direction the new government will take. Manangagwa, even though more pragmatic than Mugabe, has nevertheless worked with Mugabe for years and is operating within a largely similar political system.

Time to invest in Zimbabwe is now