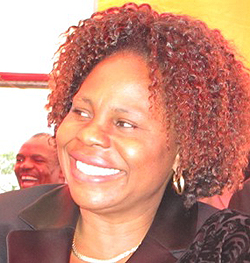 From New Zimbabwe by Manicaland Correspondent

A South Korean agro-company is set to invest $70 million towards the production of liquid microbial fertilizers across Zimbabwe.

This was revealed by Farm Green Managing Director, Kim Dong Hyeon, when he paid a courtesy call to the office of Minister of State for Manicaland, Monica Mutsvangwa, on Wednesday in Mutare.

Hyeon said since they use Beira to ship their products, his company sees it fit to first establish a plant in the eastern border city.

Farm Green is a leading supplier of liquid organic fertilizer in South Korea and is aiming at being one of the producers and distributors of eco-friendly agro based fertilizers in the country.

Hydeon said Zimbabwe has the capacity to realize sustained agricultural success by reverting to organic farming since it has a vast range of plants required by the method.

“Our broad objective is to promote liquid bio-organic fertilizers in Zimbabwe. We will establish demos across Manicaland province on the following crops leafy vegetables, legumes, tubers, fruit trees, cereals and sugar cane,” he said.

Hyeon said the first plant will have the capacity to employ 15-20 people and will expand to other provinces and they will need close to 5 000 square meters of land to set up the plant.

If all goes to plan, Hyeon said, they are expecting to start production in August this year.

He said they will retain 80 percent of the investment while 10 percent will be channelled towards cooperate social responsibility in the disadvantaged communities.

Farm Green Agronomist, Moses Mutetwa, said local farmers are set to benefit from this new technology as increased use of chemicals, fertilizers and herbicides causes several negative effects such as development of pathogen résistance, deterioration of human health and environmental risk.

He said the production models will focus more on production of organic products that are not harmful to the environment, health of consumers and export standards.

“The demo trial will be conducted in partnerships with government, under the Ministry of Agriculture, Irrigation schemes, resident minister, private commercial farmers and Farm Green,” said Mutetwa.

He added that the company will partner with local tertiary universities and colleges for local students to be dispatched to South Korea to further their training and research in the production of liquid organic fertilizer.

“Through the government`s programmes already in place such as Command agriculture, Farm Green, through its technical personnel, will roll out consultancy services to farmers on this product,” said Mutetwa.

City of Mutare Town Clerk, Joshua Maligwa said he was elated with this latest development in the city, saying council was ready to assist such investors for the development of the country.

He said council has 100 hectares of land at Kentucky farm which being leased to small holder horticulture farmers.

“We have also three stands in Nyakamete industrial area where our investors can start their project,” said Maligwa.

Minister Mutsvangwa said Mutare was a gateway city to Mozambique ports and therefore it should grab all the investment opportunities.

She said this development is in line with President Emmerson Mnangagwa`s vision to turn around the fractured economy and create employment for local communities.

“With the issue of Special Economic Zones (SEZ) now in place, Manicaland province is poised for major growth as it blessed with natural resources and good climate,” said Mutsvangwa.

This development comes at a time President Mnangagwa is luring all investors from across the world to come and help revive the country`s collapsed economy.

EDITORIAL COMMENT: The Zim Diaspora — from remittances to large-scale investment