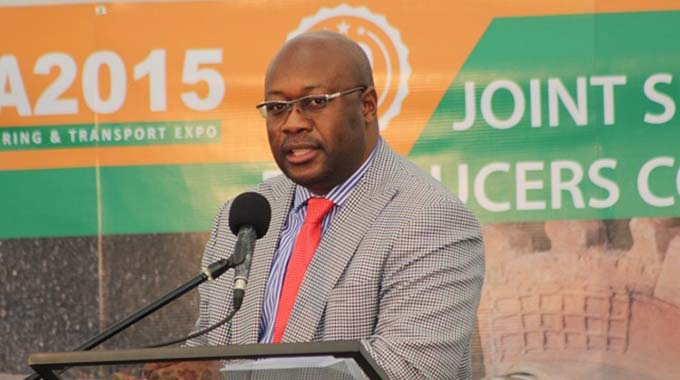 Ishemunyoro Chingwere Business Reporter
At least 151 investors have formerly expressed interest to invest in six mines owned by the Zimbabwe Mining Development Corporation (ZMDC) after the state company sent out adverts for expressions of interest. ZMDC in February called for investment into six of its mines that have been lying idle or were being underutilised as Government seeks to make maximum use of the country’s resources.

Among the mines is the two gold rich deposits of Jena Gold Mine in the Midlands Province as well as the Evington Gold Mine near Chegutu, Lynx Graphite Mine near Karoi in Mashonaland West province, emerald rich Sandawana mine of Mberengwa as well as Mbungu and Gwayi SG.

Addressing the media in Harare yesterday where he announced reconstituted boards for the ZMDC and the Zimbabwe Consolidated Diamond Company (ZCDC), Mines and Mining Development Minister Winston Chitando, said Government expects the adjudication process for the investors to be completed by mid-June.

“We had an issue, for a long time, where the problem was capital. Capital is no longer a problem because after doing the adverts the responses were 151. So it’s no longer an issue of capital, the key issue is for us (to) putting our house in order, doing the adjudications and doing the implementation,” he said.

The Minister said Government will task the ZMDC board to look at all the mines on an individual case by case and make a decision on whether the best option is partnerships or outright disposing of the respective mines.

“So the board will be considering, with that overall mandate — to see what is best,” he said. The Minister said ZMDC has over 20 mines, which it holds but unfortunately a number of them are barely operational due to previous challenges bordering on the unavailability of capital.

Fortunately, he said, the problem has been addressed by the advent of the new political dispensation as more and more investors continue to show willingness to do business in Zimbabwe. The interest in the six mines is no surprise considering their respective potential.

Sandawana, for example, in 2012, announced the discovery of gold and iron ore deposits at the mine over and above the known vast emerald deposits but the new findings remain unexploited. It also has great potential covering tantalite, beryl, silver, niobium, lithium, chrome, tin and slate.

Lynx Graphite Mine, which has claims measuring 570 hectares and has had geological and feasibility done is attractive and could benefit due to the spike in demand for graphite across the world, which has risen alongside that of lithium due to the rise in lithium-ion batteries.