EDITORIAL COMMENT: The Zim Diaspora — from remittances to large-scale investment 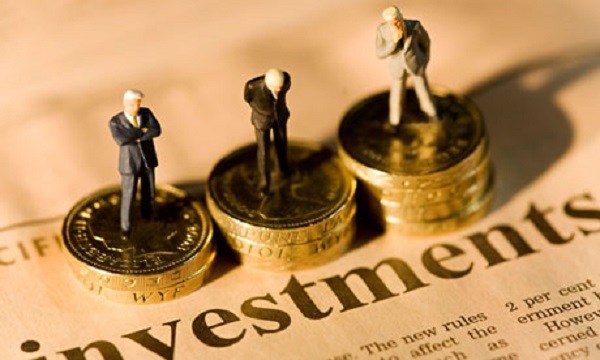 India has one of the largest Diasporas in the world.  It is estimated to be 20 million strong.

They are in almost every country under the sun and remain closely connected to their country of descent culturally and economically.   According to reports, they send $56 billion in remittances annually.  Also, many of them are using the connections they have built in their adopted countries to raise money to invest in various economic sectors back home.

Mexico also has a large segment of its natives living abroad.  It is estimated that about 11 percent of its 125 million population does not live and work in Mexico.  Some 98 percent of them are resident in the United States as documented as well as undocumented migrants.

Africa has a growing Diaspora too, most of whom have settled in Europe and America.  Asia, particularly China is a new destination.

A 2010 paper, Harnessing Diaspora Resources for Africa estimates that remittances from abroad to the Mother Continent topped $40 billion at that time.

Their contribution to the development of the continent could have risen over the past eight years.

Economic and physical security problems back home are the most frequently cited factor pushing citizens out of their countries of origin.  However, some emigrate to seek better opportunities academically, professionally and so on.

A few weeks ago the Diaspora Infrastructure Development Group (DIDG) won a bid to invest a staggering $400 million towards reviving the National Railways of Zimbabwe (NRZ).  The group, domiciled in South Africa, is working together with Transnet – a large rail, port and pipeline company headquartered in Johannesburg – in the NRZ project.

On Sunday, a group of 15 people based in Denmark and Britain operating under the banner of the Zimbabwe Diaspora Investment Group landed in the country for a 10-day visit during which they are exploring trade and investment opportunities.

The group was formed in the UK in February 2017 to harness Zimbabwe Diasporans’ human and financial resources in order to invest back home.

The leader of the group, Mr Hillary Chindodo said:

“We have specific projects targeting agriculture, healthcare, tourism and hospitality, mining, state owned enterprises, water reticulation and distribution.  Investors are excited about the country’s investment prospects. There is certainly a renewed interest in the country judging by the surge in enquiries we are receiving from all over the world.”

Given the foregoing and a few more similar initiatives, the Diaspora has shown that it is a source of much more than remittances but also, investment and invaluable goodwill that can drive our economy.

It is in view of this that we welcome efforts by the Government to harness the benefits from our compatriots who are resident abroad.  Many of them left over the past 17 years of economic challenges.  The bulk of them have settled in Britain, North America and South Africa with a handful in other African countries, Australia and China.

They have improved their educational qualifications and skills.  They are on good jobs, earning lots of money.  More importantly they have created important connections which can be sources of investment.

We implore the Government, as it reengages with the international community, to do the same to its citizens who are now based abroad.  Instead of only seeking to attract foreign direct investment from Americans and Europeans, the Government should court its own people many of whom have the capacity and willingness to invest back home, to expand their contribution to national development beyond the monthly remittances they send home to their parents and relatives.

The Government estimates that Zimbabweans in the Diaspora sent $780 million back home in 2016 having sent $935 million the year before.

These are large sums of money that are being used to build homes, feed hundreds of thousands and so on.

But the NRZ deal is a clear demonstration of what potential there is abroad, potential that is waiting to be tapped for national development.

We have a formal framework for Diaspora engagement.  In September 2016, the then Minister of Macro-Economic Planning and Investment Promotion, Dr Obert Mpofu launched the National Diaspora Policy.

“The Diaspora has a huge untapped potential which should be taken advantage of,” he said at the launch.

“Government in collaboration with the IOM (International Organisation for Migration) came up with a Diaspora policy to create an enabling environment conducive for investment promotion. The Diaspora Directorate will have a dedicated database to enhance dialogue with the Diaspora for investments back home.”

Yes the DIDG and ZDIG initiatives are encouraging but we look forward to the directorate getting more visible in all foreign markets where our people are, intensifying its interaction with them for greater economic benefits for the country.

It must be noted that the role of the Diaspora is not a dollars and cents issue only.  They are unnamed and unpaid ambassadors of their countries of descent.  This is evident in the fields of culture, education and health and arts.