A boost for small scale miners 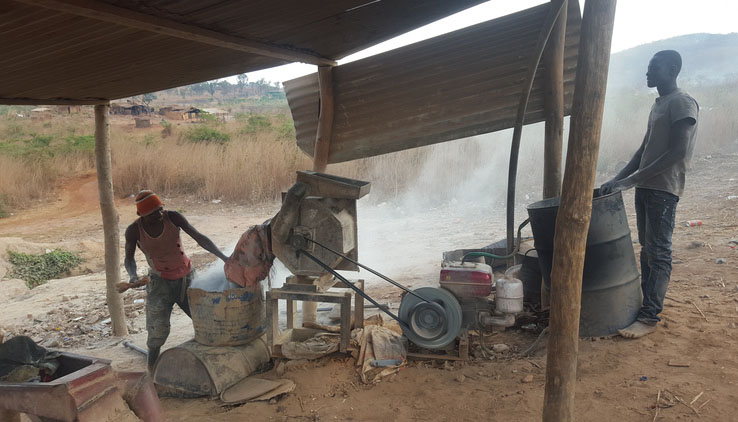 The firm has struck a deal with a South African technical partner for the ambitious project.

However, Small Scale Mining Supplies plans to service at least 3 600 gold claims across the country, creating more than 40 000 jobs in the process through eight principal service centres, which will be supported by 32 mobile units.

The Bulawayo-based company says the project had failed to take off under the old dispensation because of an unattractive investment environment as well as several other bureaucratic bottlenecks that have since been addressed.

Government, through the Ministry of Mines and Mining Development, has thrown its full weight behind the project and Minister Winston Chitando has already visited the Bubi site twice over and above assigning a team from the ministry to help expedite the project.

It is believed that the project requires an initial capital injection of $25 million.

The small scale gold mining sector has been on a rapid growth trajectory over the years and in 2017 accounted for 53 percent of the country’s total gold output of 24,8 tonnes.

The trend has continued into the new year with the sector delivering 4,2 tonnes of the yellow metal to Fidelity.

The sector has however, continued to rely heavily on rudimentary mining methods characterised by unsafe and dangerous use of chemicals, environmentally unfriendly mining practices as well as continued exposure to gold smuggling rackets.

In an interview with The Sunday Mail Business at the first gold service centre that is under construction in Bubi, Small Scale Mining Supplies’ managing director Mr Laurie Cleminson said the centre is expected to start operations in June.

He said the main thrust of the centres is to empower and formalise small scale mining in order to harness the best value for both the miner and the fiscus.

“What we seek to achieve with these centres is essentially to help a mukorokoza graduate into a small to medium business,” said Mr Cleminson.

“You have to note that as a company we are in the business of supplying what I would say is a complete mine through mechanisation of the small scale miner, so what we are now doing is to consolidate all operations and services at one centre so as to benefit hundreds of claims and miners who would not have ordinarily managed to afford such expertise,” he said.

Mr Cleminson said each centre will have experts who will be providing expertise to all claims in their catchment area among them a site manager, an environmentalist, a geologist, a geophysicist, a metallurgist, a surveyor, a rock mechanic and a service and maintenance official.

With one pilot gold claim in Bubi producing 500 grammes of the yellow metal per week or 2kgs per month, the firm has conservatively put the centre’s projected annual total output at 24 tonnes of gold annually.

“If we do a few calculations, very conservatively, 40 service centres that is both mobile and principal centres multiplied by 100 claims, you get 4 000 small scale mines. If each gives 500 grams per month, not per week like these guys here (Bubi), that is 2 tonnes of gold per month, which is 24 tonnes of gold per year,” he said.

While this haul cannot be the answer that Zimbabwe is looking for to exit its economic malaise, Mr Cleminson said this will be a very positive and substantial step that could contribute to the future of gold mining and well-being of miners in Zimbabwe.

Capital intense requirements that were be-labouring miners, he said, will be addressed by these centres and miners will only need to focus on production alone.

“There are several issues, from a capital and investment angle, that have been giving us problems,” said Mr Kaguru.

“Basic things like magazine boxes whose licences are very expensive will now be provided for through these centres.

“Then there is the coming in of technical experts which our membership has been very reluctant to invest in but are now coming as part of the service centres package, the compressors that will boost production as well as the provision for us to retain our dump and share it with the service centres.

“You have to note that with the smelters that we are currently operating with, the dump was all taken away from us and this was hitting at our small profits,” said Mr Kaguru.