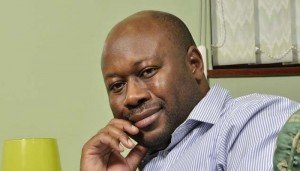 From The Financial Gazette by Shame Makoshori

AT least $12 billion in new investment is expected to flow into Zimbabwe’s mining sector in the next five years, a new report said last week, indicating that the country will transform into one of the biggest destinations for mining capital.
The report, which was co-authored by the Chamber of Mines and Zimbabwe (CoMZ) and Mining Report, was released during a mining investment conference held last week. The projections suggest that the country would receive about $2,4 billion in new investment per year until 2022, riding on an improved investment climate since November last year when President Emmerson Mnangagwa’s administration came into office. The CoMZ has previous said the mining industry requires $392 million this year to sustain operations, from $211 million last year.
CoMZ and Mining Report said the country was quickly evolving into a huge attraction for mining capital.
“Zimbabwe is on the path to being one of the leading mining investment destinations in the world and has great potential to attract $12 billion over the next five years,” the report said.
Mining Report, a United Kingdom-based institution, partnered with CoMZ to host the Zimbabwe Mining Investment Conference 2018 last week.
“Zimbabwe offers a truly once in a lifetime opportunity. The country’s 800 mines have capacity to earn $18 billion per annum, but were only turning out about $2 billion annually since 2009. This represents about a tenth of the sector’s full potential and translates to an incredible opportunity for investors, and the government is fully committed to creating an enabling environment for investors,” said the report. Greenfield projects being undertaken in Zimbabwe would benefit from the $12 billion injections, said the report.
These include a gold processing plant being planned by government through the Minerals Marketing Corporation of Zimbabwe in Kwekwe, and a string of investments under at the Zimbabwe Mining Development Corporation (ZMDC), such as the lithium project.
Last week, Mines Minister, Winston Chitando, said lithium projects would generate about $1,2 billion per annum.
ZMDC’s lithium project in Kamativi requires about $33 million to kick start operations, according to a presentation made at the conference.
In the past few years, however, the country has received significant investment, even as the climate was difficult.

We are here for the long haul—ACF