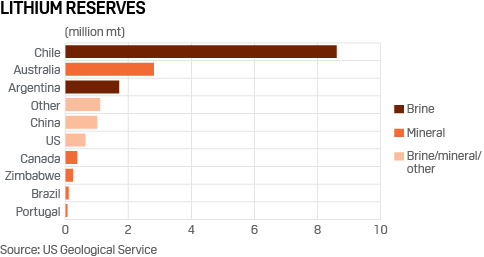 As the pressure on commodity producers around environmental, social and governance issues continues to rise, the lithium sector is recognizing that playing a key role in the energy transition is not enough to escape scrutiny.

The path to net-zero emissions undeniably includes lithium, an essential raw material for the lithium-ion batteries that power electric vehicles and energy storage applications. However, despite serving a positive environmental outcome, lithium production also has sufficient carbon footprint to have already raised red flags among automakers.

Mercedes-Benz, for example, announced Nov. 12 it would only source battery cells containing lithium and cobalt, another important battery metal, certified by the Initiative for Responsible Mining Assurance (IRMA). Other automakers have also expressed concerns about responsible sourcing and could enforce measures of this kind in the future.

Lithium producers are heeding the message. “The automakers have been increasingly revising the environmental practices of their suppliers in a very strict way. Reducing emissions in lithium output is not only the right thing to do, but also a primary condition to be successful with an automaker,” said US-based Livent’s CFO, Gilberto Antoniazzi, during the Panorama Minero virtual lithium conference on Nov. 18.

“Investors also pressure a lot in this direction,” concurred Hersen Porta, Australia-based Orocobre’s COO at the same event, hosted from Argentina. “We have to understand that we are in [local communities’] home[s] in the first place” when operating lithium projects, he added.

Lithium is currently produced in two main ways: hard-rock mining, a method mostly concentrated in Australia, but also present in some other countries, and the evaporation of brines, seen predominantly in Chile and Argentina, but also in China.

Amid the current oversupply scenario, which slashed lithium prices in half in the last 24 months, producers have been urgently trying to differentiate themselves from competitors by raising their “green” profile.

Chilean-based major producer SQM, for example, recently announced it has an ongoing IRMA certification process. The company will reduce brine use by 50% by 2030 and water use by 65% by 2040, and aims to become carbon neutral by 2040.

Rivalry has developed around the claimed environmental impact of different production processes, with owners of hard rock assets criticizing water use in brine operations, and brine-based players countering that mining causes more CO2 emissions and is more energy intensive.

According to Joe Lowry, president of consulting company Global Lithium LLC, the discussion makes no sense. He emphasized each operation has its own singularities. “You have to look at each case separately, we should compare a specific brine project with another specific hard rock project and so on,” he added. In the case of juniors, which have been struggling to get financed due to the depressed pricing outlook—and who don’t have environmental data to report since they are still not running – proving they are ecofriendly is even more crucial.

During the Panorama Minero conference, Canada-based Lithium Americas’ Executive VP Ignacio Celorrio emphasized that the Cauchari-Olaroz brine-based project in Argentina should rely heavily on renewable energy. “This is a priority for us due to the very particular place where the project is located,” he said. The 40,000 metric tons/year of lithium carbonate project is in the Jujuy province, over 1,000 meters above sea level.

At the same conference, Australian-based Millenial Lithium’s COO Iain Scarr said its Pastos Grandes project in the province of Salta will use 35% of solar energy and 65% of natural gas. Another Australian junior, Lake Resources, plans to advance its Kachi project in Argentina using a technology called direct lithium extraction (DLE), in partnership with technology provider Lilac Solutions.

DLE has spurred euphoria in the lithium industry recently due to its potential to significantly reduce the environmental impact of brine-based lithium production, at the same time it increases lithium recovery.

There is no standard DLE mechanism. Although the process varies according to the employed technology, in general the idea consists of replacing the conventional evaporating ponds with a chemical facility capable of separating lithium from other elements through reagents. The resulting product then can be processed and offered in the marketplace in different chemical compositions.

Enthusiasts of DLE stress that while in the brine-based process several months of evaporation are needed to yield anything that can be transformed into a marketable product, with DLE a final product could be achieved in a matter of days. Moreover, use of both water and land should be much smaller than the conventional process.

However, “[DLE] is not technically functioning anywhere in the world at the moment,” said managing director of Australia-based Galan Lithium, Juan Pablo Vargas.

Although some say Livent has been employing DLE for decades in Argentina at Salar de Hombre Muerto, “they have a hybrid solution—it’s their proprietary technology, but it’s a black box, and we don’t want to be the first to try it,” he added.

And despite “interesting advances in several DLE technologies with excellent results […] it is still necessary to improve water consumption further,” said LSC Lithium COO, Carlos Galli, who believes there are other technologies that must be improved to provide sustainable alternatives to brine-based lithium production.

There is no standard on DLE at the moment—but perhaps more pertinently, even the lithium industry’s ESG benchmarking could be even more opaque, despite the increasing requirements from outside the sector. “What’s the standard? There are a few companies saying what is ok and what is not, but this is not present in lithium yet,” Global Lithium’s Lowry said.

But he added: “It’s a better world with electrification, even if mining doesn’t improve—it’s a journey on step one or two only. I see this as the third industrial revolution in very early days.” 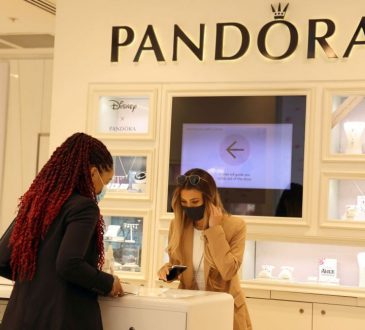