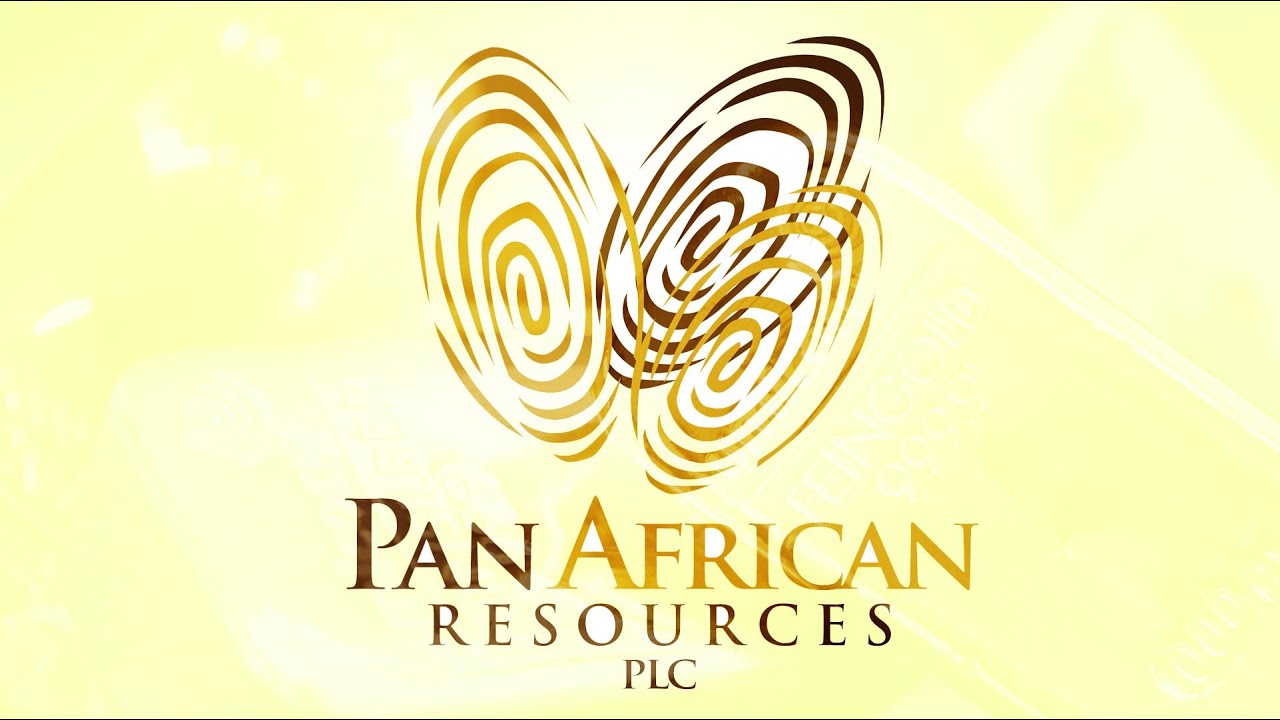 Pan African is pleased to provide shareholders with the final production
results, as well as an operational update, for the financial year ended 30
June 2020 (“reporting period”).

Despite the challenges presented by COVID-19, the Group delivered a robust
performance, with the salient features being:

o Gold production increased by 4.1% to 179,575oz, compared with 172,442oz
for the financial year ended 30 June 2019 (“prior reporting period”) and
2% higher than the revised production guidance of 176,000oz.
o The Group maintained an industry leading safety performance, despite a
slight regression in lost-time injury frequency rate (“LTIFR”) and
reportable injury frequency rate (“RIFR”), with the regression largely
attributable to reduced man hours worked due to COVID-19, when compared to
the prior reporting period. Additionally, Barberton Mines achieved 3
million fatality-free shifts during June 2020, a record for the past
decade.
o Operations have implemented stringent policies and protocols to deal with
the ongoing COVID-19 pandemic.
o Group net debt decreased by 49% to USD62.5 million from USD123.7 million
at December 2019. Net debt at the 2020 year-end was lower than the
previously guided USD70 million as a result of better than anticipated
production, depreciation in the ZAR/USD exchange rate and disciplined
working capital management.
o Steady state production was achieved at Evander’s 8 Shaft pillar during
June 2020, with expected production of 30,000oz per year for the next
three years.
o Development into the first target block on 42 level of Barberton’s New
Consort Mine – Prince Consort (“PC”) Shaft was completed during June 2020,
with highly prospective grades recovered during the last month.
o The Pan African board has approved the construction of a 10MW solar power
plant at Elikhulu, with the plant expected to materially reduce
electricity costs, post its 12-month construction period.
o The independent feasibility study review for Evander’s Egoli project was
completed, with detailed scheduling now underway, and the Group exploring
funding options for its development. The project is expected to
contribute incremental annual production of between 60,000oz to 80,000oz
for the Group, over its minimum life of 9 years. The feasibility study
projects steady state annual production of 72,000oz in year 2, at an
all-in sustaining cost (“AISC”) of under USD1,000/oz. This life of mine
excludes the Inferred Mineral Resources of 6,26Mt at 9,68 g/t (1.95 Moz),
which will be accessed once underground development is in place.

Production guidance for the 2021 financial year has increased to approximately
190,000oz.

“Pan African has demonstrated the resilience of its operations with an
improved performance for the year, especially when taking into account the
challenges posed by the COVID-19 pandemic. The flexibility inherent in our
operations confirms the quality of these mines and their ability to withstand
short term disruptions and still deliver on our targets.


We expect that we still have a long battle ahead against COVID-19 and will do
our part to mitigate the impact as far as possible. Pan African will continue
to rigorously implement preventative and precautionary measures at our
operations to ensure the health and well-being of our employees. We will
respond rapidly and in a considered manner where occurrences of COVID-19 are
identified. We will also continue our relief efforts to assist the most
vulnerable in our areas of operation.

The Group’s safety performance is commendable, and I wish to thank all of my
fellow employees and contractors for ensuring that each and every one of us
returned home safely during the past year. We need to remain unrelented in the
pursuit of our ultimate goal of “Zero Harm” in the year ahead.”.

The Group has further prioritised its focus on our Environment, Social and
Governance (“ESG”) initiatives, with increased rehabilitation spend and board
approval for sustainable development projects, including the renewable energy
solar plant at Elikhulu and large scale agriculture projects at Barberton
Mines. A feasibility study for a solar plant has also been initiated at
Barberton Mines.

Our strategic focus for the year ahead remains on optimising our operations
and degearing our balance sheet, with the intent of increasing dividends in
the years ahead. We are especially pleased to report that the rate of
degearing has exceeded previous guidance and, at prevailing Rand gold prices
and guided production levels, we expect to be debt free within the next twelve
months.

During our 2020 interim results presentation, we outlined detailed plans to
reduce the costs of our lower margin operations. Despite COVID-19 delays, we
have delivered on these plans with our annual production profile bolstered by
the pillar mining at Evander’s 8 Shaft, which reached steady state during June
2020, while the accelerated development at Barberton Mines’ Consort operation
has exceeded our expectations in terms of recovered grades and gold
production. The positive feasibility study for Evander’s Egoli Project
demonstrates that this project can add considerably to the Group’s production
profile and firmly entrench Pan African as an established mid-tier gold
producer.

We look forward to presenting our year-end financial results and demonstrating
the value we have created for our shareholders and our other stakeholders,
amidst the challenges faced in the last half of the financial year as a result
of COVID-19.”

Group annual gold production for the 2020 financial year increased by 4.1% to
179,575oz (2019: 172,442oz), exceeding the revised production guidance of
176,000oz, as announced to shareholders on 11 May 2020 by means of SENS/RNS.
Gold production, especially at Barberton Mines, was severely affected during
March and April 2020 as a result of the COVID-19 pandemic and resultant
lockdown restrictions imposed. The gold production split per operation is as
follows:

The Group maintained an industry leading safety performance following a number
of safety initiatives and interventions:

Pan African will continue to pursue further improvements to its safety
performance in the years ahead.

The Group has undertaken a number of initiatives to improve production and
reduce unit costs at its higher cost operations. These initiatives include:

Despite a delay, as a result of the COVID-19 pandemic and subsequent national
lockdown restrictions impacting underground mining operations, the Group is
pleased to report that steady state production at the 8 shaft pillar was
attained during June 2020, when the shaft tower construction was completed
between 14 and 16 level at this shaft.

The 8 shaft pillar is expected to produce 30,000oz of gold per year for the
next 3 years, at an AISC of below USD1,000 per ounce. Mining of the 8 shaft
pillar significantly reduces the risk profile of Evander’s underground
operations, with simplified logistics, modern underground mining support and
reduced travelling times to the workplace expected to contribute to improved
production costs.

In the Group’s interim results presentation, detailed plans were provided on
the development into new stoping areas around the PC Shaft. Development into
the first target block on 42 level of this shaft has been completed, with a
proved mineral reserve of 5,000 tons at an average grade of 25g/t delineated.
The ore body was intersected in early May 2020, following delays due to
COVID-19 disruptions, and initial sampling revealed grades in certain areas in
excess of 300g/t, containing large amounts of visible gold. Production from
this resource block at the New Consort Mine is expected to reduce the mine’s
AISC and ensure the operation’s future profitability. The Group’s on-site
exploration team has identified a number of additional potential targets using
advanced exploration techniques, which will be further explored and developed,
if viable, in the next year.

A presentation containing technical details of the abovementioned PC shaft
project is available on the Group’s website at www.panafricanresources.com

Improved flexibility, resulting from accelerated underground development
programs implemented during the past year, has resulted in increased face
length availability (over 130m of high-grade face length), which will assist
the Group in delivering into its production guidance for the next financial
year. Geological complexity, as experienced on the 256 platform of the MRC ore
body at Fairview Mine, has been mitigated with increased mineral reserve
delineation drilling, increasing the confidence and predictability of
geological models. Mining has now also commenced on the 257 platform of the
MRC ore body.

The Group’s board has approved the development of a 10MW solar photovoltaic
(“PV”) project (the “Project”) at Elikhulu’s operation in Evander, following
the finalisation of a positive bankable feasibility study undertaken by
independent consultants ARUP. The Project will initially provide up to 30% of
Elikhulu’s annual power requirements and aims to reduce the operation’s
dependency on the national grid, whilst also reducing exposure to above
inflation annual power cost increases. Additionally, the Project will promote
a more sustainable renewable energy solution for the green economy of the
country and reduce Elikhulu’s carbon footprint.

The Project, with an expected minimum life of at least 20 years, is expected
to generate electricity at a cost lower than Eskom power, which also makes
this investment economically compelling. Additional positive environmental and
social aspects include the generation of carbon credits and job creation
within the local communities. This investment in renewable energy by the Group
will result in improved efficiencies, a further reduction in operating costs
and the long term sustainability of the Elikhulu operations.

The EPC (Engineering, Procurement, Construction) contract for the Project has
been awarded to an independent contractor and the Group is now in the process
of finalising the necessary legal and contractual agreements, as well raising
dedicated funding for the project.

During the reporting period, DRA Global completed a feasibility study on the
Egoli Project, which was subject to an independent review by The Mineral
Corporation. The study concluded that the project has a life of 9 years with
potential upside, through the conversion of inferred mineral resources, as
underground development proceeds. The Egoli Project is expected to contribute
average annual gold production of 72,000oz, with 20 months to first gold from
commencement of development, at an expected AISC of under USD1,000/oz.

The project initially requires approximately 560 meters of underground
development and will benefit from existing infrastructure such as vertical
shafts, hoisting capacity and an operating metallurgical processing plant, as
well as the existing experienced management team.

The Group has mandated DRA Global as consultants to complete the detailed
project scheduling and planning as the next phase in the development of the
project. Non-dilutive funding options are currently being explored for the
finance of the project.

Production guidance for the 2021 financial year

The Group is pleased to be in a position to increase its production guidance
for the 2021 financial year to approximately 190,000oz. This increase is
attributable to the abovementioned operational optimisation initiatives and
resumption of full scale mining activities, following the lifting of COVID-19
restrictions, and assumes that the Group will not experience material COVID-19
disruptions in the coming year.

The financial information on which this operational update has been based has
not been reviewed or reported on by the Company’s external auditors.

Hendrik Pretorius reviewed and approved the information contained in this
document as it pertains to Mineral Resources and Mineral Reserves. He is Pan
African’s Mineral Resource Manager, a member of the South African Council for
Natural Scientific Professions as well as a member in good standing of the
Geological Society of South Africa.

For further information on Pan African, please visit the Company’s website at