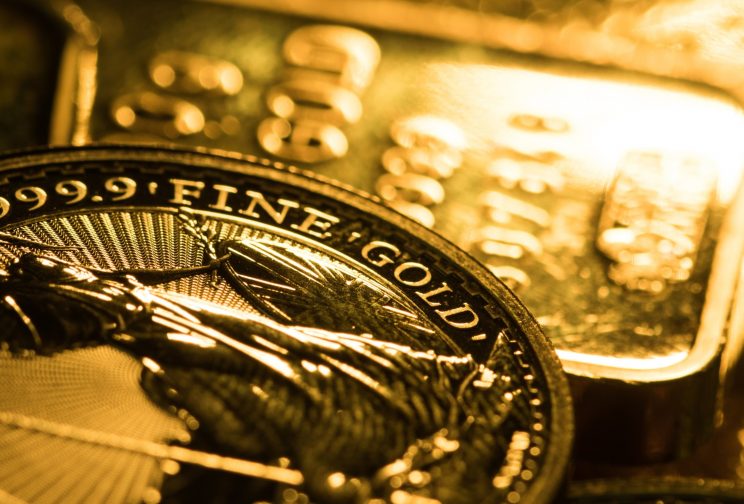 Gold and Bitcoin can coexist, according to Goldman Sachs Group Inc., which said, while the largest digital currency may be pinching some demand from the oldest of havens, the precious metal’s standing will endure.

“Gold’s recent underperformance versus real rates and the dollar has left some investors concerned that Bitcoin is replacing gold as the inflation hedge of choice,” the bank said in a note. “While there is some substitution occurring, we do not see Bitcoin’s rising popularity as an existential threat to gold’s status as the currency of last resort.”

Bitcoin has seen a blistering rally this month, exceeding $23,000 per token on Thursday, having only surpassed the $20,000 milestone for the first time on Wednesday. Its ascent has prompted debate about whether the upstart will cut into gold’s role, with JPMorgan Chase & Co. arguing that the rise of cryptocurrencies in mainstream finance is coming at the expense of bullion.

Institutions and wealthy investors avoid cryptocurrencies due to “transparency issues, while speculative retail investment causes Bitcoin to act as an excessively risky asset,” Goldman said. “We do not see evidence that Bitcoin’s rally is cannibalising gold’s bull market and believe the two can coexist.”