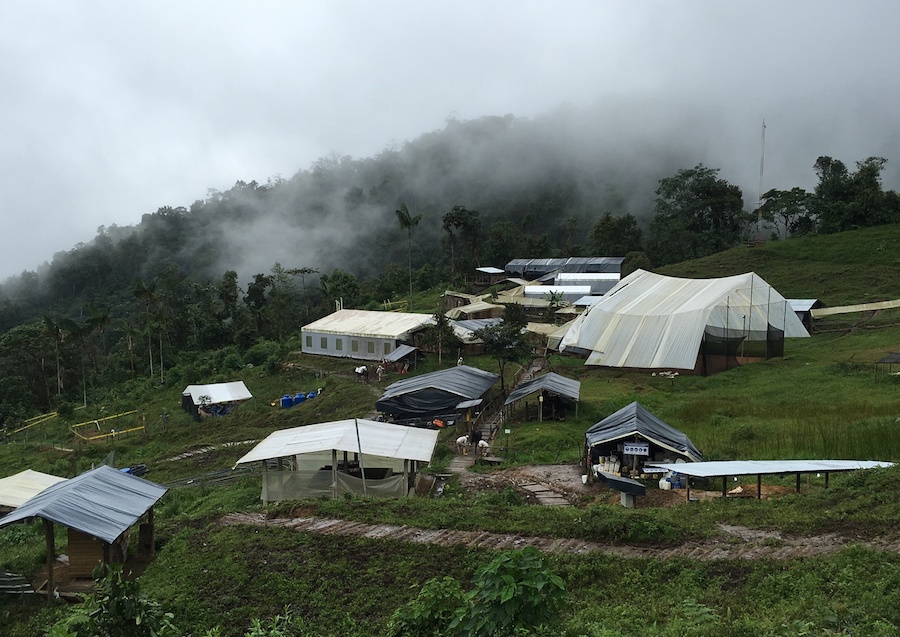 Canada’s Cornerstone Capital Resources (TSX-V: CGP) said on Wednesday it was planning to call a meeting of SolGold’s (LON, TSX: SOLG) shareholders to replace the company’s entire board.

The move by the Ontario-based junior, which has an 8% interest in SolGold, comes after it rejected the Ecuador-focused gold miner’s second takeover approach on Tuesday.

“The current SolGold Board is incapable of managing the affairs of SolGold for the benefit of all shareholders in a prudent and transparent manner,” Greg Chamandy, chairman of Cornerstone, said in the statement.

SolGold, the owner of the massive Cascabel copper-gold project in Ecuador that has attracted big miners, made an all-stock offer for Cornerstone late in June.

That bid, which valued Cornerstone at about C$140 million ($102m), would have seen the bidder pay C$3.90 for each of the target company’s shares. That was a 22% premium to its closing price on June 29, the day before SolGold presented the offer.

This is not the first time SolGold has made an effort to take over Cornerstone. It previously tried in both 2017 and 2018, following up last year with the first disclosed attempt.

The Canadian miner also rejected that offer, representing a premium of around 20%, saying it undervalued the company.

Cornerstone, with a market capitalization of C$120.5 million ($89 million) as of Wednesday, owns 15% of the touted Alpala copper-gold project, part of SolGold’s Cascabel asset.

It also has other gold, silver and copper projects in Ecuador and Chile.

Despite setbacks due to disruptions related to the coronavirus pandemic, SolGold aims to begin production in 2025.

In May, SolGold secured up to $150 million from streaming company Franco Nevada (TSX, NYSE: FNV), to develop Alpala. The move defied Newcrest (ASX: NCM), one of the company’s top investors. The Australian gold miner had urged SolGold to raise funds via equity.

SolGold chief executive, Nick Mather, has repeatedly said his team is building a company “as important to the development of Ecuador as BHP was to Australia.”

Over the past two years, Ecuador has attracted a flurry of interest from big miners looking to increase their exposure to copper. The highly conductive metal is in demand for use in renewable energy and electric vehicles, but big, new deposits are rare.

Diversified majors particularly favour large-scale, long-life projects, such as the one SolGold promises. BHP upped its stake in the company last year to 15.31% from 14.7%, becoming the miner’s top shareholder.

The interest in SolGold by top global miners has triggered speculation of a potential takeover in the making.

Other than its flagship Alpala project in Ecuador, the company is exploring and assessing 75 regional concessions across 14 provinces in the South American country.

Ecuador aims to move from an explorer hotspot to a mining exporter. Its oil-led economy has been hit hard over the past few months.

The nation is currently reeling from both the spread of covid-19 and the collapse of global oil prices.

Prior to recent developments, the South American country expected to attract $3.7 billion in mining investments between 2019 and 2020, up significantly from $270 million in 2018.