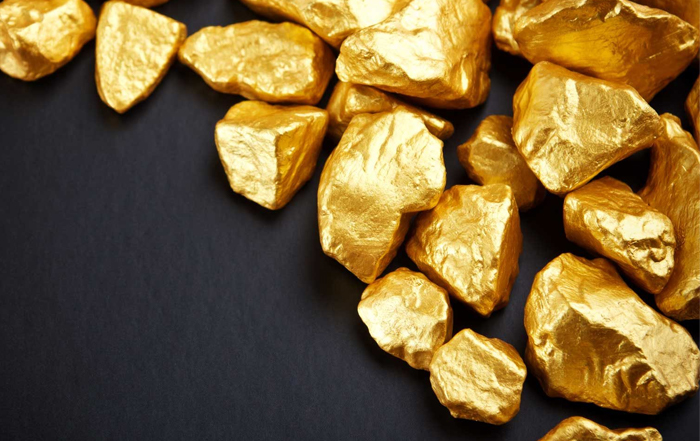 When considering investing in gold shares, it’s necessary to understand the fact that you’re not investing in physical gold but rather an investment security; most commonly this will be an ETC – the commodity version of an exchange-traded fund (ETF). An ETC will track the price of gold bullion (called ‘exposure’), but a gold mutual fund will typically hold shares in a particular gold mining company that produces the gold.

When it comes to the value of your holdings within a gold mutual fund or gold exchange-traded fund, the main issue is that gold share prices tend to rise and fall faster than the price of the commodity itself. However, in general gold shares are highly leveraged to the price of gold and rise by a higher percentage than physical gold – especially South African gold shares which also depend on the ZAR/$ exchange rate.

If you’ve invested in a mutual fund that trades in the gold market, you’ll find that the individual companies of which you own shares are subject to normal company problems – separate from the price of bullion itself. These include market factors like competition, ensuing economic condition within the country or region of operation; changes in legislation; technological factors; and changes in customer demands. The companies may also face internal problems linked to operational inefficiency, organisational structure, capital resources, or human resources.
An ETF would be a safer hedge in this regard because it tracks the price of the commodity as a whole, separate from any particular mine as a producer. So, it is a market-led financial artifact and not a producer-led artifact.

The question remains: what makes for a good gold share?

Keeping the intricacies that may affect the value of a share in mind, a good gold share is one which has shown historical stability in terms of market performance.
For example, in the 30 days prior to May 15, 2020, the gold price in South African Rands (ZAR) per ounce went down R252.03 but likewise, in the past 5 years, it has increased by R17,594.39 per ounce, and in Rand per kilogram terms, is now consistently in excess of R1 million per kilogram.

So, if you play the long game with your stake in a mutual fund or even a gold ETF, you stand to gain quite a substantial amount. For the mutual fund, the spread of investments between the gold producers should be such that they are within different regions, are of varying sizes (junior, mid, and major), and they should all have decent track records in terms of proven/ experienced management teams, operational expenses and losses, and accompanying dividends.

The key expectation from the general public when they invest in gold is that they are investing in the physical commodity. So, when they see the price of gold rising, they consequently believe that their stock prices will rise  in tandem.

Although this may be true in terms of proportionality, each share of an ETC/ETF represents one-tenth of an ounce of gold. This means that if gold is trading at approximately $1300 an ounce, the gold ETF will only be trading at $130 per share. So, in order to even reach the ounce-rate, you would have to buy ten more shares. And further to that, in so doing, you would still be one-tenth short of the real worth of the commodity.

So, a savvy gold investor will know how this percentage rate works and tally his gains or losses accordingly.

What Options Are There For Investing In Gold Stocks?

The reasons our focus lies specifically with mutual funds, exchange-traded funds, and gold royalty companies is that they are the most accessible, have a large market cap, are easy-to-understand, and relevant.

Having gold bullion anywhere is a high-risk endeavour. You need to have security, insurance, and make sure that the purity of the gold is what the seller is promising. This means you have to get the gold appraised and have a certificate of appraisal. Sometimes, these need to be done on a scheduled basis for the appraisal to remain legitimate, which could be quite a costly exercise.

Secondly, gold certificates are no longer issued by any government but those that exist still serve as legal tender. A gold certificate is simply a piece of paper that represents a claim on a specified amount of gold. They are no longer redeemable in gold but owners who still possess them can get them redeemed for the face value of the certificate.

Finally, any precious metal futures are speculative by nature. Because a gold future is in essence, a future-settlement contract, speculators buy and sell such that they only have to settle their gains and losses on the future settlement date. Gold futures can get incredibly risky and complicated when you factor in margins, leverage, stop loss positions, and more. Gold futures are best left to the professionals. And as an investor, most people hate to sink money into financial instruments they don’t understand.

These are one of the most direct ways to invest in gold apart from physical gold bullion. The key is to invest in a mutual fund that has a diversified gold mining company list. There should be companies of various sizes, from various regions, and with different gold outputs per year. Altogether, they will help to bolster the performance of the fund and increase your share of the grouped dividends.

Gold exchange-traded funds trace the position of gold bullion pricing. They can, therefore, be said to be an adjacent financial instrument because although a change in the physical commodity price does affect them, the gold ETFs don’t change in parallel. This is because, by their very nature, gold ETFs are not rated at the full gold bullion prices but a tenth of it.

This is one of the more interesting investment vehicles for someone who wants to invest in gold shares. Arguably, this is the most direct form of investment because, a gold royalty is a contract that gives a gold royalty company the right to a percentage of gold production, or revenue in exchange for an upfront payment.

Gold royalty companies use the contracts as ways to finance mining companies in need of capital.

You can buy shares in a royalty company through a normal brokerage.

If you have the money and the resources, having a stake in each of the most accessible forms of gold investment would be key. However, if you cannot invest in them all, investing in a gold royalty company is the smartest financial market decision. This is because the contract will have been written such that an increase in the mine’s production means a direct, and proportional increase in dividends.

When the gold mining activity of the company expands, so do the revenues, and the money made by the royalty company. On top of that, the decision to invest in the royalty company means you get to benefit directly from the increase in gold bullion prices, not hedging on a tenth of the price, or a conglomeration of ownership stakes (which will tend to be smaller) in different mines.

Pan African Resources is a mid-tier South African gold producer that has a capacity to produce upwards of 200,000 ounces of gold a year. Our investors enjoy a healthy stake in the share of our safe, low cost and sustainable operations which benefit from consistent research and development, optimised operations, and growth in output. Our corporate governance structures and the operating environment of our regions in South Africa present unique opportunities for skills and capital development. Pan African Resources is listed on London’s AIM market (Ticker: PAF) and on the JSE in South Africa (Ticker: PAN), and is investigating an ADR (American Depository Receipt) programme through the Bank of New York Mellon to access the US investor market. The company has also stated that it is on track to reduce debt and resume paying dividends as production from its high margin surface sources increases.