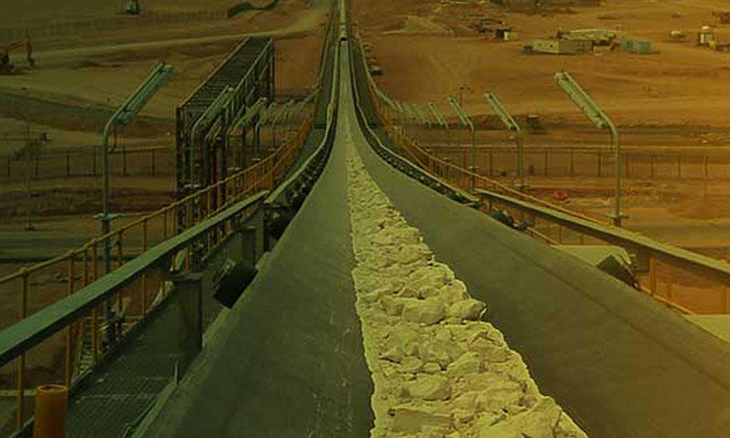 Saudi Arabian Mining Co.’s phosphate unit signed an accord with a group of lenders to refinance and reschedule $4.1 billion in debt as it seeks to trim interest costs amid a collapse in commodity prices.

Maaden Waad Al Shamal Phosphate Co. will refinance $2.3 billion owed to a syndicate of commercial banks and financial institutions, according to a statement. It will also reschedule $1.8 billion of debt owed to Saudi Arabia’s Public Investment Fund and transfer it to the Public Pension Agency.

The refinancing allows the phosphate business to reduce interest expense and pushes back the start of repayments until 2022, Saudi Arabian Mining Chief Executive Officer Mosaed Bin Sulaiman Al Ohali said in an interview. “The interest rate is very favorable, and the new financing will help to improve our cash flows at a time in the market where cash is very tight.”

Maaden, as Saudi Arabian Mining is known, was already grappling with a slump in prices of its main products, phosphates and alumina, before the coronavirus outbreak eroded demand for commodities even further. The company reported a loss of 353 million riyals ($94 million) in the first quarter, its fifth consecutive quarterly loss, according to data compiled by Bloomberg.

Al Ohali said it was difficult to estimate when Maaden would return to profit, though phosphate and aluminum prices are starting to pick up after having hit bottom. Barring a second wave of the pandemic, “we expect the market will be going up from its current position,” he said. “I think the next two quarters of the year we’ll see a slow recovery, and 2021 is where we may go back to a more normal sales pattern.”
Gold demand

Gold has been the one bright spot for Maaden, with demand for the precious metal buoyed by investors seeking a haven amid concerns about a new surge in coronavirus infections, Al Ohali said. As gold comprises only a small share of the company’s sales, Maaden is looking for ways to boost production, he said.

Al Ohali was appointed Maaden CEO in April, having worked previously at Saudi Basic Industries Corp. as an adviser to the chemical maker’s CEO and as its group chief financial officer. At Maaden, he has started to develop a long-term strategy for making the company one of the seven biggest miners by revenue, he said.

Maaden is currently weighing several opportunities for international acquisition to help it reach that goal, he said, declining to give details.

Mine 2020: global Top 40 mining companies resilient in face of COVID-19