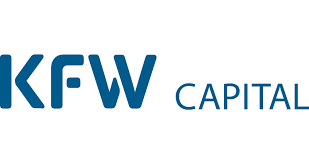 Nevada Copper agreed to non-binding terms with its senior lender, KfW IPEX-Bank GMBH, and is engaged in ongoing discussions with other lenders to provide a combined financing package of at least $30 million. The company is working with KfW and the other lenders with the aim of executing binding agreements for loan facilities and receiving funding thereunder by the end of 2020.

The proposed financing package will provide additional liquidity for Nevada Copper as it ramps up operations into 2021. Under the non-binding term sheet with KfW, it is proposed that KfW will provide a new $15 million senior loan, with a three-year tenor, at an interest rate of LIBOR plus 4.9%. This new KfW loan is expected to have a 12-month repayment holiday period. In addition, amortization and debt service account payments under Nevada Copper’s existing senior project loan facility with KfW are expected to be deferred until 2023. Nevada Copper is also in the process of finalizing the specific terms of an additional complementary financing from other lenders and will provide an update in due course.

The proposed combined financing package is subject to, amongst other things, finalization of terms with KfW and the other lenders, negotiation and execution of definitive documentation, satisfaction of conditions precedent and regulatory approval, if required.

As previously announced on Nov. 10, Pala Investments, Nevada Copper’s largest shareholder, confirmed that it will continue to provide financial support to the company until the end of the year, by which time Nevada Copper expects to complete the new financing package. In connection with this, Pala provided Nevada Copper with access to additional liquidity of up to $15 million in the form of a promissory note. Nevada Copper made an initial draw of $2 million under the promissory note, with subsequent draws available at the company’s option, subject to agreed use of proceeds. The promissory note has a maturity date of Jan. 31, 2021, bears interest at 8% per annum on amounts drawn, and is expected to be repaid through the funds received from the $30 million financing package as outlined above. The negotiation and approval of the promissory note was supervised on behalf of Nevada Copper by the independent members of the company’s board of directors.

Nevada Copper is a copper producer and owner of the Pumpkin Hollow copper project in Nevada.