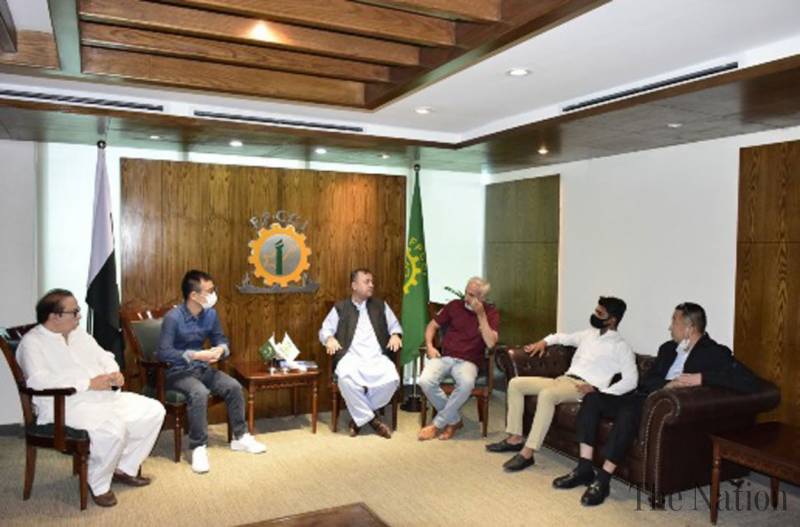 Chinese investors expressed their desire to invest in mining, minerals sector and small power projects as there was broad investment potential in the fields of mines and minerals, hydropower, agriculture, tourism, construction and industry. Speaking on the occasion, Qurban Ali called upon the foreign investors to take advantage of these opportunities, adding that FPCCI will facilitate them.

He said that the friendship between Pakistan and China was getting stronger with every passing day, adding that trade and investment relations between both the countries would further strengthen. He assured the delegation that FPCCI will provide all kinds of assistance, including providing information to investors in every sector.

He said that many Chinese groups were investing in Pakistan in different sectors including mines and minerals, tourism, construction, hydropower which were also being given special attention by the government. He said that the friendly relationship between Pakistan and China was like a soul and a body, adding that FPCCI was trying to bring both Pakistani and Chinese businessmen closer to each other.

Talking to delegation, Mirza Abdul Rehman, Coordinator, FPCCI said that Pakistan was a fast growing country with vast investment opportunities and there was consistency in Pakistan’s investment policy.

FPCCI was playing its full role in promoting investment in Pakistan, he said, adding that CPEC project from China was a great gift for the people and business community of Pakistan. Domestic and foreign investors were taking special interest in CPEC project and its related economic zones, he said, adding that ‘we are trying to bring the business community of the two countries closer together.’

The head of delegation thanked Qurban Ali and Mirza Abdul Rehman and expressed his keen desire to invest in mines and minerals, besides investing in 10 to 25 MW power projects.

Our company has been working in the granite and marble sector and the power sector also, he said, adding that Sichuan Group also has an office in Islamabad which has investors from various companies whose companies were working in various economic fields in Pakistan. He said that both the countries were committed for further improving trade relations and hoped, in future, there will be substantial growth in bilateral trade between the two countries.