Arizona ranks No. 2 among locations in world to invest in mining 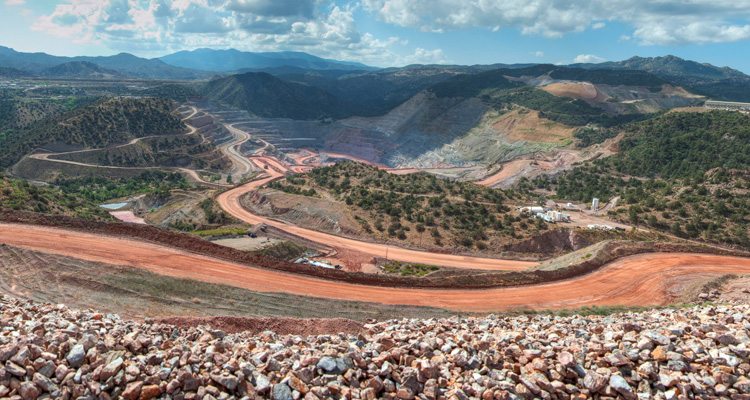 Arizona ranked second in the world for mining investment attraction, according to a new report by the Fraser Institute.

Arizona’s vast mineral resources and business friendly public policies are among the reasons for the high ranking this year, according to the institute’s annual 2020 Mining Investment Attractiveness Index.

“We are inching up and it has a lot to with the state’s political environment and all that can change. Right now it’s generally friendly,” said Steve Trussell, executive director of the Arizona Rock Products Association and Arizona Mining Association.

The annual report involves surveying officials at mining and exploration companies in 77 jurisdictions around the world based on their geologic attractiveness and government policies. Respondents answered questions about policy factors such as onerous regulations, taxation levels, the quality of infrastructure and other policy related questions.

Nevada took the No. 1 ranking in the survey, moving up two spots since the year before. Arizona moved up to second from ninth. Rounding out the top five were Saskatchewan, Western Australia and Alaska.

Venezuela and a handful of Latin American and African nations and one state ranked among the worst for investment including Venezuela; Chubut, Argentina; Tanzania; and Indonesia.

While the study revealed that the “pure mineral potential” is important to investors, approximately 40 percent of respondents said their investment decision is determined by policy factors.

The Fraser survey is the most comprehensive report on government policies that either “attract or discourage mining investors,” said Elmira Aliakbari, director of the Fraser Institute’s Centre for Natural Resource Studies and co-author of the report.

“Policymakers in every province and territory should understand that mineral deposits alone are not enough to attract precious investment dollars,” Aliakbari said.

Feeding the need for green technologies

Arizona is poised to benefit not only the state but the nation as President Joe Biden’s administration focuses on green energy, Trussell said.

“Arizona currently produces 68 percent of the nation’s copper supply and the demand for it is rising with the development of innovative new products and green technologies,” he said.

Other minerals being mined in Arizona are also critical to construction, technology and defense industries he said.

“These materials are both ‘critical’ and ‘strategic’, which are defense terms. Right now 95 percent are being purchased outside of the country. We simply can’t rely solely on foreign sources for these materials.”

There’s a reason the state Capitol has a copper dome, a copper star on the state flag, and a miner gracing the state seal. Mining is a multi-billion-dollar annual industry in Arizona with a legacy reaching back to the heyday of Tombstone and Jerome.

Today, Arizona is the number one producer of copper in the country and the second-largest mine-producing state. The rock products mining and hardrock mining sectors in Arizona together generate an annual direct and indirect economic impact of $16.3 billion, Trussell said.

That equates to approximately 64,600 jobs supported by mining according to the Seidman Research Institute W.P. Carey School of Business at Arizona State University.

Meanwhile, the demand for metals is expected to skyrocket in the coming decades. Copper alone will see global demand increase by as much as 50 percent over the next two decades, according to the Copper Development Association.

“The supply chain that drives the economy essentially starts with us,” Trussell said.