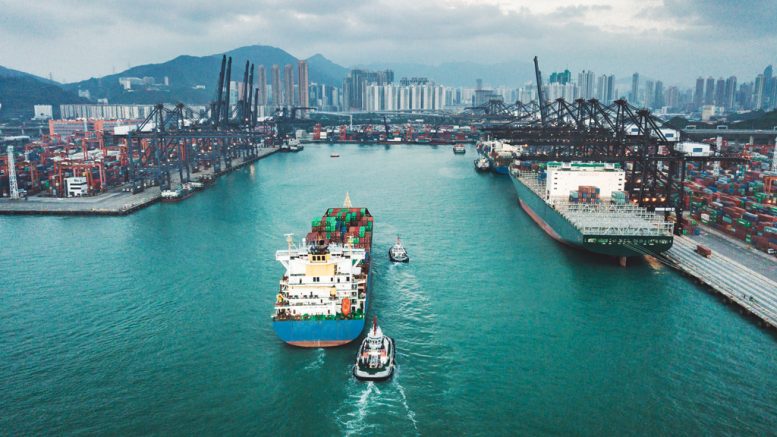 Access to the raw materials of the new green economy is increasingly a high-stakes chess match along geopolitical lines dividing the East and the West. China controls access to the bulk of raw and midstream materials that the world needs for its transition to a low-carbon intensity economy. This control has become a critical vulnerability in the Western world’s emerging Industry 4.0 supply chains.

The mechanics of the emerging green economy rely on carbon friendly modes of transport such as electric vehicles, as well as mobile technology, energy storage, rapid adoption of artificial intelligence (AI) technologies fueling increased computing power, and renewable power sources — all made from mined materials such as nickel, cobalt, manganese and lithium.

China’s drive to become the dominant commodity superpower started in the 1990s when it started opening up its economy to the world. The central government mandated unprecedented infrastructure spending, prompting the start of the commodity supercycle that lasted until late in the 2000s. In turn, the enormous demand for raw materials sparked a mining investment boom.

China does not have abundant domestic sources of minerals. During its infrastructure boom, the government quickly realized that, for the country to control its own destiny, it would have to secure and control the sources of these raw materials elsewhere.

At the time, sourcing the most important commodities like zinc, aluminium, bauxite, iron ore, copper and metallurgical coal from established open markets sources, was straightforward. However, that was not true for scarcer materials such as cobalt and nickel used in specialist industries.

In order to feed its growing appetite for stainless steel, China started securing concessions to control the massive laterite nickel deposits in Indonesia using a quid pro quo strategy. It offered the Indonesia government very cheap terms in order to finance infrastructure projects in return for control of the country’s low-grade, laterite ores, which comprise some of the largest in the world. As these deposits were passed over for development by traditional Western producers, it offered Indonesia an opportunity to monetize a vast resource that had sat latent for decades.

China soon started exporting the ore directly to its domestic furnaces repurposed from the iron industry, using them to make a material called nickel pig iron, which is essentially a low-grade ferro-nickel product.

Nearly overnight, China added between 300,000-400,000 tonnes of NPI units to a one and a half million tonne market, pushing aside major producers such as Glencore, Vale, BHP and Norilsk.

As massive quantities of raw ore began to flow from Indonesia to China, the Indonesian government realized that royalties, taxes and jobs were being transported offshore to China and implemented regulations requiring upgrading of raw ores within Indonesia prior to export. This resulted in massive investments in NPI capacity in Indonesia.

The investments in Indonesia also meant a double bonus for the Indonesian government because the new plants relied heavily on electrical power and could be powered by cheap, local thermal coal, creating another new revenue stream for Indonesia. By this time, however, the hopes of Western mining companies for a robust, profitable class 2 nickel industry had been dashed, and China had secured dominance in this area.

It should be no surprise, as the same thing happened with cobalt. When China realized the Democratic Republic of the Congo was home to over 70% of the world’s supply, it used its tried and tested financial incentives to gain de facto control over most of the world’s cobalt. Again, it exported the ore directly to China until the DRC government, like Indonesia, demanded more in-country value add. China responded by constructing concentrators and eventually cobalt hydroxide plants in the DRC, enabling the host country to share more of the early profit, before exporting the high-value products. This meant less profit for China but it ensured that Chinese companies remained in control of the raw material, with the added benefit that the West was left with few options but to rely on Chinese supply for the bulk of their needs.

China’s forward thinking when it comes to downstream domestic processing and refining capacity — at a time when the West did not see the need for such investments — has not been limited to cobalt and nickel. As things stand today, China is also the gatekeeper to the suite of rare earths metals the West needs for its advanced technologies used in the military and the green economy in general. The Chinese are also a global leader in polysilicon, which is vital to the manufacture of solar panels.

China has been able to achieve dominance thus far by using a different playbook than its Western rivals. As we’ve seen before, and even recently, China can make or break the market almost overnight with its far-reaching existing production capacity and ambitions.

During the commodity supercycle, the West did in fact invest in new nickel production capacity, thinking that Chinese demand growth would essentially underpin rising prices. But when the China’s new NPI units hit the market early in the 2000’, and several of the Western-backed projects failed to meet financial and capacity expectations, it left a bitter taste in the mouths of Western investors, who today remain reticent to invest in projects outside of China.

Perhaps the biggest advantage China has in securing its supplies is that its investment mandates are driven and supported by government policy, instead of free market forces.

In the West, investors want to see a minimum of 8% return on investment before approving a project. Not so for the Chinese. The Chinese government sets the national agenda in its five-year plans, and throws the might of the world’s second-largest economy behind its stated objectives. Hence the massive investments in jurisdictions the West consider too risky, and in projects that do not have the same level of economic return expected elsewhere.

These differences have once again been brought into the spotlight this year. Just as the Western world thought the transition to the green economy would allow its, predominantly sulphide sources of Class 1 (battery-grade) nickel to shine, the Chinese announced they would refit older NPI plants to convert NPI using a carbon-intensive technology to make nickel matte.

In the two months prior to the announcement, LME nickel prices had climbed to above US$19,000 per tonne. The news caused the nickel price to drop 15% in three days in March because of anticipated supply coming online by October this year.

Whether or not China is able to bring the new Class 1 nickel credits to market on schedule or not, by refusing to financially back the development of Western nickel projects, the global investment community has reacted in its favour and enabled the country to continue building a world leading, long-term supply for its own manufacturing machine.

The modern world’s dependence on China was soundly demonstrated in 2020 when, following the Chinese lockdown restrictions in response to Covid-19, automakers in the western world had to temporarily slow down or halt production because of a shortage of electronic chips sourced from China. It exposed a critical weakness in the supply chain.

People may ask why Western nations have not acted to at least limit this disadvantage. The problem is that Western governments do not, as a general rule, get involved when it comes to the mining and processing of raw materials. They leave it to public and private companies, backed by the global investment community. So, if investors don’t like the return on investment [ROI], then the project will not end up in production.

What then is the answer?

China’s latest moves in nickel provide a potential way forward. Producing nickel matte is both expensive and carbon intensive. The Chinese are not as focused on financial return because they are not looking at the value of the Class 1 nickel in isolation. Instead, they are looking at the value of the products that need it, and they are factoring in the huge economic advantage that comes with Western reliance on Chinese nickel and the end-products that require it.

As of yet, Chinese firms are also not concerned about the high carbon intensity because they are not facing a carbon tax. This places competing European and Canadian plants at a major disadvantage since they do get taxed on carbon emissions.

Ironically, the Canadian government, for example, taxes carbon from domestic producers, but is happy to import stainless steel from China that uses carbon-intensive nickel from Indonesia, without any such carbon levy. This is nickel with a greenhouse gas footprint approximately 30 times that of nickel that could be produced in Canada from projects like Giga’s massive Turnagain nickel sulphide deposit.

Until Western governments put in place some sort of tariff system tied to carbon footprint, regardless of origin, China will continue to play the long game — advancing projects in developing countries and achieving increasing dominance with key materials and supply chains.

In other words, the nickel market and all the other critical metals will continue to trade based on Chinese government policy and market interventions, and place Western hopes of a robust economic revival through the adoption of green technologies in jeopardy, until Western governments create an even playing field.

—Anthony Milewski is the chairman of Nickel 28 Capital (TSXV: NKL). The company has an 8.6% joint-venture interest in the Ramu nickel-cobalt operation in Papua New Guinea. In addition, it has a portfolio of 13 nickel and cobalt royalties on projects in Canada, Australia, and Papua New Guinea.