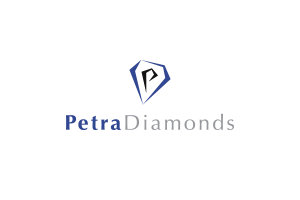 Following a competitive tender process, Petra Diamonds Limited announces that the Letlapa Tala Collection of five blue diamonds, weighing 85.6 carats in total, was sold as a suite of stones to a partnership between De Beers and Diacore for a total price of US$40.36 million, payable in cash prior to delivery of the stones.

“The result of this special tender affirms the very high value placed on blue diamonds, which are undoubtedly one of nature’s rarest treasures. We believe this to be the first time that five rough blue diamonds of significant size, colour and clarity have been offered for sale at one time and we are delighted that the collection has been bought in its entirety.”

Petra Diamonds is a leading independent diamond mining group and a consistent supplier of gem quality rough diamonds to the international market. The Company has a diversified portfolio incorporating interests in three underground producing mines in South Africa (Finsch, Cullinan and Koffiefontein) and one open pit mine in Tanzania (Williamson).

Petra’s strategy is to focus on value rather than volume production by optimising recoveries from its high-quality asset base in order to maximise their efficiency and profitability. The Group has a significant resource base of ca. 243 million carats, which supports the potential for long-life operations.

Petra conducts all operations according to the highest ethical standards and will only operate in countries which are members of the Kimberley Process. The Company aims to generate tangible value for each of its stakeholders, thereby contributing to the socio-economic development of its host countries and supporting long-term sustainable operations to the benefit of its employees, partners and communities.

Petra is quoted with a premium listing on the Main Market of the London Stock Exchange under the ticker ‘PDL’ and is a constituent of the FTSE4Good Index. The Company’s US$650 million loan notes due in 2022, currently subject to restructuring, are listed on the Global Exchange market of the Irish Stock Exchange. For more information, visit www.petradiamonds.com.

About the Cullinan Mine

Located at the foothills of the Magaliesberg mountain range, 37 kilometres north-east of Pretoria in South Africa, the Cullinan Mine is one of the world’s most celebrated diamond mines.

It earned its place in history with the discovery of the Cullinan diamond in 1905, the largest rough gem diamond ever found at 3,106 carats. This iconic stone was cut into the two most important diamonds which form part of the Crown Jewels in the Tower of London – the First Star of Africa, which is mounted at the top of the Sovereign’s Sceptre and which at 530 carats is the largest flawless cut diamond in the world, and the Second Star of Africa, a 317 carat polished diamond which forms the centrepiece of the Imperial State Crown.

The Cullinan Mine is renowned as a source of large, high-quality gem diamonds, including Type II stones, as well as being the world’s most important source of very rare blue diamonds.

More recently, remarkable diamonds recovered by Petra at the Cullinan Mine include:

The unique geology of the Cullinan kimberlite pipe means that the majority of its diamonds are aged between 3.2 and 1.1 billion years old – spanning a time in the Earth’s history from before the formation of the first major continents to the beginnings of multicellular life. However, Type IIb blue diamonds are so rare that their age has not been established. Recent studies on minerals trapped inside these diamonds imply that they are amongst the deepest-formed diamonds ever found, created at depths in excess of 500km below the Earth’s surface. The boron that gives their blue colour has been linked to seawater suggesting that these diamonds are a record of rocks from the ocean floor that have been transported to the lower mantle by plate tectonics, where these diamonds formed under conditions of extreme pressure and temperature.

The Cullinan Mine is a significant employer in South Africa, with a workforce encompassing over 1,300 employees and over 200 contractors. It plays an active role in its local communities, with a particular focus on improving education standards, supporting small to medium sized enterprises and addressing other needs deemed to be most critical to its stakeholders.

Blue diamonds are one of nature’s most special treasures. They are so rare that there are no official statistics on their recovery, however the Cullinan Mine in South Africa is known as the world’s most important source.

True miracles of nature, the captivating blue colour is produced by the presence of the trace element boron within the stone’s carbon structure during its formation deep within the Earth’s mantle.

Virtually every blue diamond described by the GIA Gem Trade Laboratory as “blue” is classified as a Type IIb diamond. Type II diamonds contain no detectable nitrogen in their chemical structure and tend to display exceptional transparency. Type IIb diamonds are unique in a number of their gemmological properties, such as their ability to conduct electricity and phosphoresce to short-wave UV. No known laboratory-grown or treated blue diamond displays the combination of electrical conductivity and phosphorescence seen in naturally occurring blues.

High quality blue diamonds command the very highest values, with the 12 carat polished Blue Moon of Josephine (cut from a 29 carat rough blue diamond from the Cullinan Mine) selling for US$48.5 million in 2015, representing a remarkable +US$4 million per carat (US$20 million per gram), which remains the world record price per carat ever paid for a diamond.