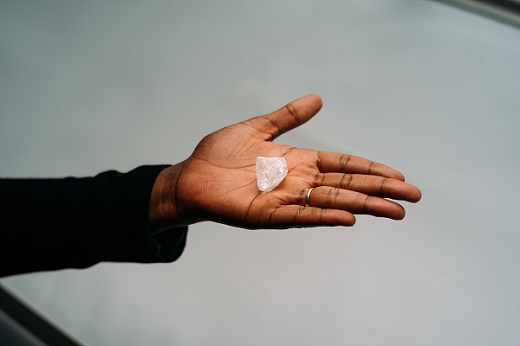 RAPAPORT…  De Beers’ sales and production nosedived in the second quarter as the coronavirus crushed diamond demand throughout the pipeline and forced shutdowns at several mines.

“Demand for rough diamonds was significantly impacted by a combination of Covid-19 restrictions [affecting] consumer demand and access to southern Africa, as well as severely limited midstream cutting-and-polishing capacity due to lockdowns, particularly in India,” De Beers said Thursday.

Rough sales slumped 96% year on year to $56 million after the company canceled its March-April sight — the first of the quarter — and allowed clients to defer all May and June purchases to later in the year. Sales volume plunged 97% to 300,000 carats, and prices fell as well, the miner noted.

Most sightholders were unable to attend the usual sales in Botswana due to travel restrictions. The pandemic also affected international shipments.

Meanwhile, the shutdown of India’s manufacturing sector reduced rough demand: Factories in Surat, the country’s cutting hub, closed in March for around two months, and ongoing virus outbreaks have disrupted the reopening process.

De Beers’ rough production fell 54% to 3.5 million carats during the quarter as the miner lowered its output to reflect the weak demand. Measures by southern African governments to contain the coronavirus also limited the company’s ability to operate, with Botswana and South Africa accounting for a large proportion of its mining activities, alongside Canada and Namibia.

Sales volume for the first half of 2020 slid 44% year on year to 9.2 million carats, with the average selling price down 21% at $119 per carat. The company sold a higher proportion of lower-value rough than a year ago, and average rough prices across the period slipped 8% year on year on a like-for-like basis.

Despite these setbacks, De Beers maintained its production forecast of 25 million to 27 million carats for the full year. However, it will review this outlook based on Covid-19 disruptions and “the timing and scale of the recovery in demand,” it said.