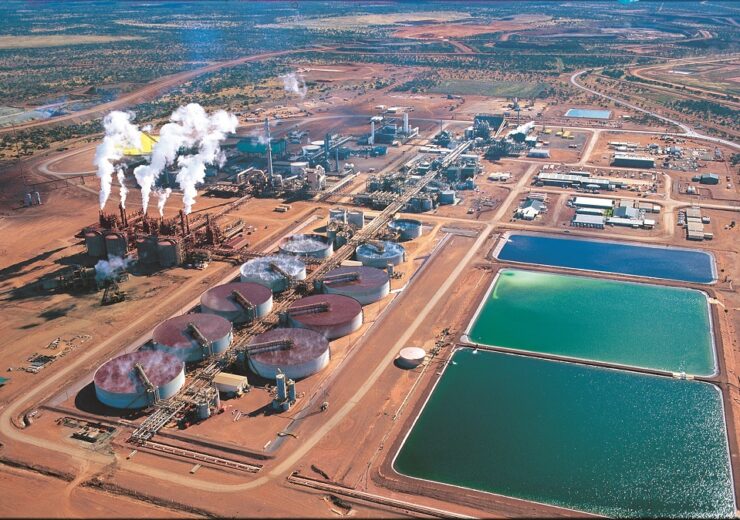 The Democratic Republic of Congo is the clear leader among the world’s top cobalt-producing countries, accounting for more than 70% of global output in 2019

The world’s largest cobalt-producing countries supply a resource that is growing in significance as efforts accelerate to cut carbon emissions through deep electrification.

The silvery-blue metal is used in the manufacture of many types of electronics, but perhaps most importantly as an ingredient of the rechargeable batteries that are used to power a fast-growing fleet of electric vehicles (EVs).

It was first discovered in 1739 by Swedish chemist and mineralogist Georg Brandt, and derives its name from the German word “kobald”, meaning goblin.

According to data from the US Geological Survey (USGS), around 140,000 metric tonnes of cobalt were produced worldwide during 2019 – more than 70% of which cam from a single country, the Democratic Republic of Congo (DRC) in Central Africa.

Cobalt is commonly mined as a by-product of copper or nickel, although small-scale artisanal mining has become an increasingly common method of extraction, particularly in the DRC.

Globally, there are an estimated seven million tonnes of measured cobalt reserves, more than half of which are based in the African country.

Here, NS Energy profiles eight of the world’s top cobalt-producing countries, as of 2019.

Congo accounted for more than 70% of the world’s entire cobalt production in 2019, totalling around 100,000 tonnes.

Many of the world’s largest mining companies have set up operations in the country as they seek to secure supplies of this increasingly sought-after commodity.

The Katanga Province is a particularly productive region, home to some of the world’s biggest cobalt mines including Mutanda, Kamoto, Etoile and Ruashi.

However, a significant artisanal mining sector has also bloomed in recent years, buoyed by growing demand for the metal. A report from the World Economic Forum estimates small-scale mining accounts for 15%-30% of all cobalt production in the DRC.

There have been several examples of dangerous working conditions, human rights abuses including child labour, and environmental damage associated with Congolese cobalt – prompting many major companies who rely on the country’s supply chains to form initiatives aimed at promoting higher ethical standards.

China – the world’s leading consumer of the metal – has established a dominant position over the country’s cobalt trade, fuelled by its desire to lead the world in EV battery production.

Russia is a distant runner-up to the DRC’s production stranglehold, producing 6,100 tonnes of cobalt in 2019 – around 4% of the global share.

Mining activity in the country, which has an estimated 250,000 tonnes of cobalt reserves, is mainly concentrated in the Altai Republic area.

The region is home to the Karakul deposit, which is considered one of the largest cobalt resources in Russia, and has spawned a number of “sister” operations nearby – Kuruozek, Yantau, Toshtuozek and Olendzhular.

The country is reported to be seeking to boost its cobalt production capacity over the coming years, and has explored the future possibility for deep-sea mining to retrieve cobalt deposits in the Western Pacific Ocean.

Third on the list of largest cobalt-producing countries is Australia, which increased its output in 2019 to 5,100 tonnes, up from 4,880 tonnes a year earlier.

The country accounts for around 3.6% of global production, but with known reserves totalling 1.2 million tonnes according to the USGS – second-only to the DRC – it is well-positioned to sustain higher levels of output in the coming years, if investment is forthcoming.

In 2020, the Australian government launched a Critical Minerals Facilitation Office, designed to promote mining industries like cobalt, and recently published a report highlighting a significant project pipeline for the metal that is likely to support future production growth.

Glencore’s Murrin-Murrin mine located in the north-eastern Goldfields region of Western Australia is currently the single-largest cobalt operation in the country.

The Philippines produced 4,600 tonnes of cobalt in 2019, the same level as the previous year and accounting for around 3.3% of the global share.

Major cobalt operations in the Philippines include the Adlay-Cagdianao-Tandawa Project owned by CTP Construction and Mining, and the Agata DSO open-cut project located in Tubay, Agusan del Norte.

Other major cobalt mines in the country include the Coral Bay Project in Bataraza, and the Palawan and Santa Cruz cobalt-nickel projects in Santa Cruz, Zambales.

The island of Cuba ranks fifth on the list of the world’s top cobalt-producing countries – accounting for 2.5% of the global share with production of 3,500 tonnes in 2019.

The country has the third-largest known reserves of the metal, measured at 500,000 tonnes, the majority of which are located in the Moa region to the east of the country and are extracted alongside nickel mining operations.

A joint venture between Canadian miner Sherritt International and General Nickel Company of Cuba produces the metal via open pit mining at deposits in the the Moa region, which are transported to Canada to be refined at a facility in Fort Saskatchewan, Alberta.

The small island nation, located in the India Ocean off the coast of East Africa, is home to 120,000 tonnes of cobalt reserves.

Mining in the country largely centres around the $8bn Ambatovy nickel and cobalt project – a partnership between Japanese trading company Sumitomo and Korea Resources.

The Ambatovy project is the largest foreign investment in Madagascar, and has made nickel and cobalt important exports for the country. Ore is extracted from two deposits, known as Ambatovy and Analamay, and transported to a refining facility 220km away via slurry pipe.

Papua New Guinea in the south-western Pacific produced 2.2% of global cobalt supply in 2019, measured at around 3,100 tonnes.

The country holds a relatively small share of global reserves, with an estimated 56,000 tonnes of the metal.

The Ramu nickel and cobalt operation in Madang Province – a joint venture between Metallurgical Corporation of China and Canada’s Nickel 28 (formerly known as Conic Metals) – is a major source of activity in the country.

Another nickel/cobalt project in the Papua New Guinea, known as Mambare, is in the early stages of approval.

Despite ranking eighth on the list of the biggest cobalt-producing countries, it is home to significant reserves, measured at 230,000 tonnes – indicating potential for further mining activity.

Majors Glencore and Vale both operate significant projects in the country, including the Voisey’s Bay, Raglan, Thompson and Fraser mines.

Interest has grown in Canada’s cobalt potential as electronics manufacturers across North America seek supply chains for the metal that can circumvent the DRC and China’s dominance over production and processing.