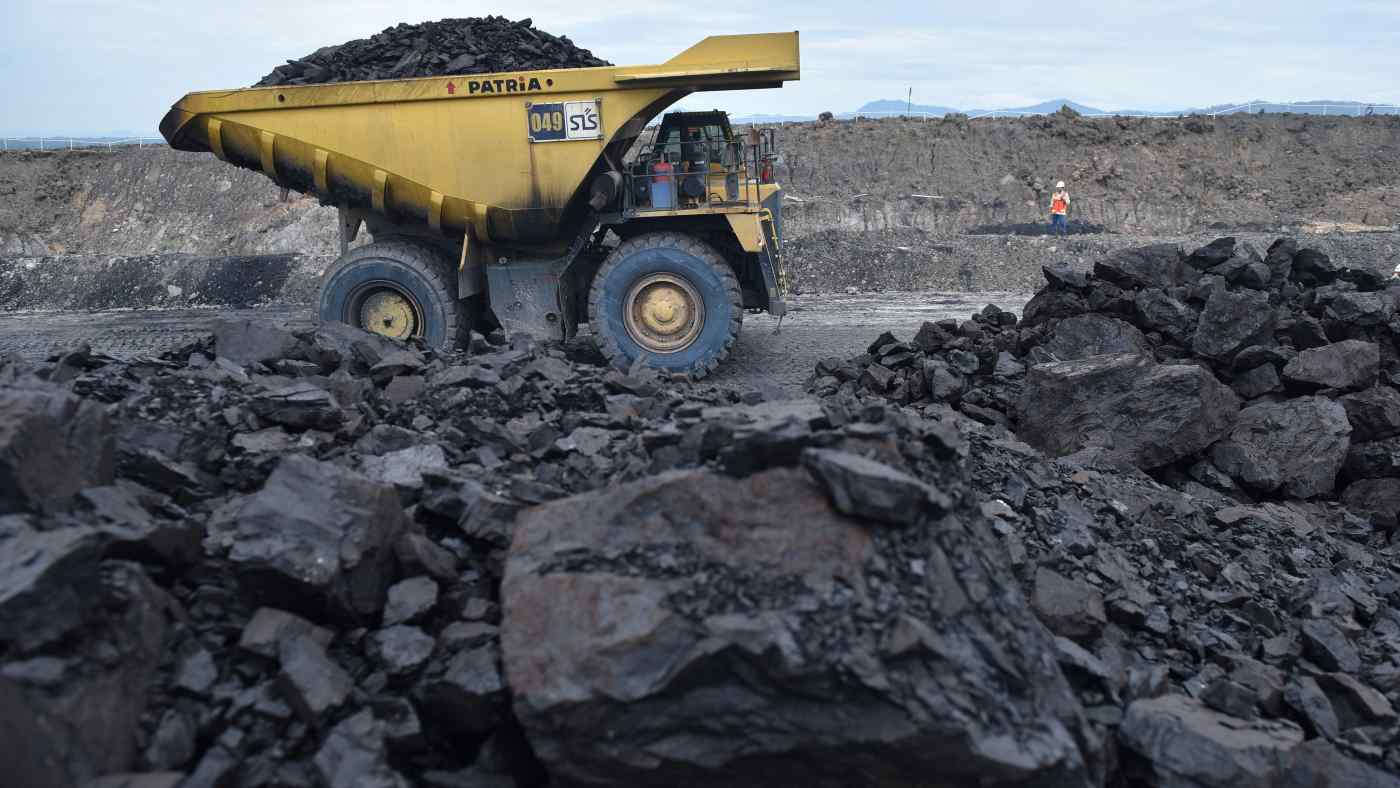 Coal gasification can be used to create a range of fuel products with lower emissions, an important consideration for investors increasingly concerned about environmental, social and corporate governance, or ESG, issues. The moves also dovetail with the Indonesian government’s push to develop the downstream industry, rather than simply exporting raw natural resources.

The Southeast Asian country is the world’s largest exporter of thermal coal, shipping out 455 million tons, or 31.7% of the world’s exports, in 2019, according to International Energy Agency.

PTBA is planning to start construction of the coal-to-DME processing facility near its mine in Tanjung Enim, South Sumatra Province, in the middle of this year.

“The coal-to-DME project is one of PTBA’s main strategic initiatives in realizing [a] business transformation from being previously a conventional mining company to become a ‘beyond coal’ company,” Chief Executive Arviyan Arifin said at a virtual signing ceremony for the partnership agreement with Air Products and Pertamina on Dec. 10.

“Moreover with this project, hopefully it can be a good start to support national energy security,” Arifin said. “Hopefully our coal-to-DME project will inspire other coal companies in Indonesia to take similar action.”

Commercial operations are targeted to start in 2025, with a production capacity of 1.4 million tons of DME per year. Six million tons of coal will feed the plant every year — about a fifth of the miner’s production output in 2019.

DME is a highly flammable gas and can be used as a replacement for propane in liquefied petroleum gas (LPG), and a replacement for diesel fuel in transportation. It is recognized as an environmentally friendly fuel because much less carbon dioxide and nitrogen oxides are generated when it is burned in power plants and elsewhere than coal.

Air Products will invest about $2 billion “to build, own and operate” the facility that is expected to go onstream in 2024. They intend to supply the methanol to the government’s expanding biodiesel program, Air Products told Nikkei Asia last month.

Bumi is also conducting a pre-feasibility study for a second coal-to-methanol project with a target to have it onstream in 2025.

Indonesia’s other major coal company, Adaro Energy, is studying a coal gasification plan. Dharma Djojonegoro, vice president of subsidiary Adaro Power, told Nikkei Asia that it was “open to possibilities of producing methanol, olefins or others in line with market needs.” Olefins are basic materials for plastics production.

If all the projects go onstream, the ministry of energy estimates that combined they will consume around 20 million tons of coal as feedstocks annually — less than 5% of Indonesia’s coal production target last year.

Additionally, other local coal miners are preparing pilot projects for underground coal gasification — in which the conversion is done below the surface. They include Kideco Jaya Agung, Indominco and Medco Energi Mining Internasional, the ministry revealed in November.

Indonesian miners are being pushed into such projects by the global turn against coal, illustrated by the growing emphasis on ESG.

A new sense of urgency has emerged following pledges made last year by China, Japan and South Korea — Indonesia’s top coal export markets — to go carbon neutral by 2050 to 2060. The commitments by those countries add to growing ESG concerns from global investors clouding the coal industry outlook over the long term. The result has been less financing options for new coal projects.

In neighboring Australia, the world’s second-largest coal exporter after Indonesia, two big mining groups are moving away from coal. Rio Tinto sold its last coal asset in 2018 and now focuses on iron ore, aluminum and copper. Its mining rival, BHP, meanwhile, has decided to focus on higher-quality coking coal — mainly used in steelmaking — and reduce its exposure to thermal coal commonly used in power plants. 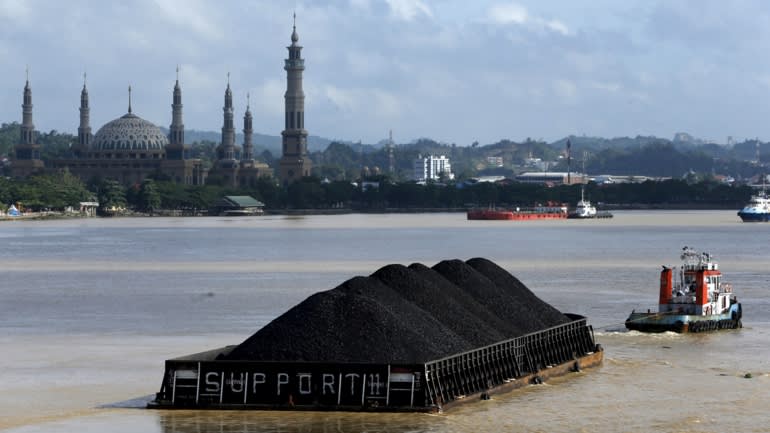 A PTBA executive said last year that only some Chinese banks were still willing to finance coal-fired power plant projects in recent years, but then China in September pledged to go carbon neutral. The situation has prompted the company to launch “beyond coal” strategies including not only the gasification projects but also a plan for building micro-scale solar panels in ex-mining sites and local airports.

Coal gasification is a decades-old technology adopted on a large scale in China in recent years, noted Rory Simington, principal analyst for Asia-Pacific thermal coal research at Wood Mackenzie. “Coal gasification … is attractive to China because they have coal and don’t have to use other feedstocks such as gas or oil, which would be largely imported. Ditto for Indonesia,” he said.

The Indonesian government is also supporting gasification plans for the purpose of reducing carbon emissions and improving its international trade policy.

President Joko Widodo signed a decree in November including it on the list of the government’s priority strategic projects. It offers incentives to coal miners committed to building derivative industries, including exemptions from royalty payments, tax holidays and automatic extension of mining permits.

“I want solutions to tackle the sluggish development of the coal derivatives industry because we have been exporting raw coal for so long,” the president said. “I think that must be ended immediately.”

Indonesia in recent years has been working on developing its downstream mining industry to cut the country’s reliance on low-value raw mineral exports and generate more revenue from value-added commodities.

Jakarta is also adamant about using DME as a substitute for LPG, with domestic consumption of the latter continually on the rise as 70% of demand is sourced from imports. “If we can substitute LPG, we’ll make quite huge savings in forex reserves,” Energy Minister Arifin Tasrief told reporters on Jan. 7.

However, PTBA’s coal gasification project has spurred debate, especially after a U.S.-based think tank, the Institute for Energy Economics and Financial Analysis, released a report in November estimating that the proposed DME plant would lose $377 million annually.

“The total per ton cost of the DME plant would be $470/ton — nearly twice what Indonesia pays for LPG imports,” IEEFA energy finance analyst Ghee Peh wrote in a press release. “Although technically viable … the DME project is not economically viable. [It] doesn’t make economic sense.”

Indonesian energy ministry researchers immediately came to PTBA’s defense, arguing that IEEFA used LPG and coal prices from last year in its assumptions and they don’t reflect actual pricing trends with the coronavirus pandemic having pushed down LPG demand.