World’s no. 2 automaker to get “actively involved in raw materials business” 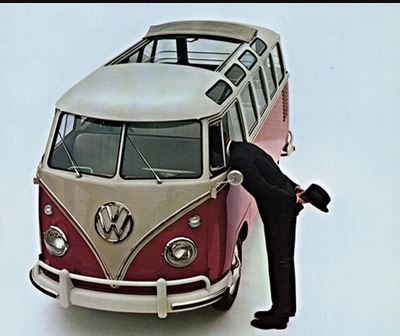 Speaking to German business paper Handelsblatt, Volkswagen’s CTO Thomas Schmall flagged an IPO for the automaker’s new battery manufacturing division and all but committed the company to investing in mining.

In March, Volkswagen provided a road map to have six 40 GWh cell manufacturing plants with a total of 240 GWh of capacity by 2030.  With such an ambitious program, no wonder Wolfsburg, which last year produced 9.3 million vehicles, is beginning to fret about raw materials, less those factories remain idle.

Here’s how Schmall answered questions* about the battery supply chain:

Handelsblatt: Mr Schmall, can and must you learn lessons from the chip supply crisis? How do you secure battery production?

The situation is somewhat comparable. The shift to electric vehicles is also changing the purchasing structure, our partnerships with suppliers. Up until now, we have mainly sourced our parts from tier 1 suppliers, for example from the very big players in the industry. When sourcing batteries, however, we now have to go further down the supply chain, i.e. towards the sub-suppliers of the major suppliers. With batteries, the raw material costs are the crucial factor, and they account for about 80 percent of the costs. So we also have to take care of the raw materials.

Handelsblatt: Do the big battery suppliers from Asia put up with a manufacturer such as VW intervening in their business?

We need to find a ‘collaboration model’ with these large manufacturers that provides us with sufficient leeway. We want to produce batteries ourselves, but at the same time we also want to source batteries from the outside. If we master the production processes ourselves, we become an integral part of the raw material supply chain. And we are making ourselves less dependent on the large battery suppliers. That is the rationale that guides us.

Handelsblatt: Let me go back to raw materials: will you, as the VW Group, conclude specific supply contracts with lithium or cobalt producers?

Our Swedish partner Northvolt has already done this. We will also have to move in this direction – we need to consider the entire process chain from mine through to recycling. We need to get actively involved in the raw materials business.

Handelsblatt: Would you take responsibility for raw material sourcing for all planned battery plants, so also for those plants where you collaborate with partners?

If the basic logic is that we do everything under one umbrella and run the planned factories uniformly, the answer is yes. We want to pivot the battery business. We at Volkswagen want to sit in the driver’s seat and steer the operative business with the new factories. This will also ensure that we can introduce the announced standard battery across all Group brands.

It’s not just Volkswagen that is looking at upstream supply with concern.

Elon Musk’s worries about nickel supply have been well documented and in a tweet this week the Tesla founder shifted attention to rising prices for battery metals. Here’s what he said in response to a question about Tesla raising prices on its cars:

Moving lumbar was removed only in front passenger seat of 3/Y (obv not there in rear seats). Logs showed almost no usage. Not worth cost/mass for everyone when almost never used.