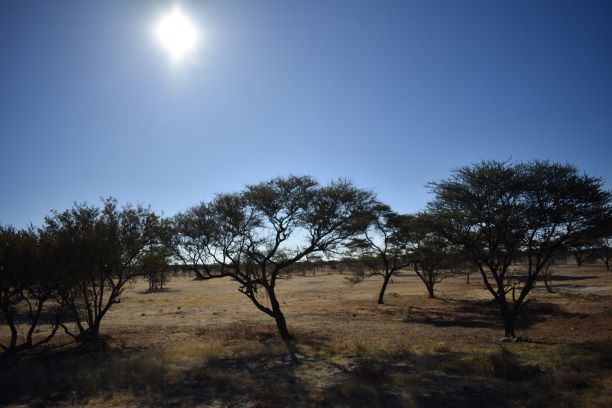 10 May 2021 – With a shortage in supply looming, and a sky-high copper price, historic operations in Namibia have been in the spotlight. ASX listed junior exploration company Golden Deeps today announced that drilling contractor Ferrodrill Namibia has intersected copper at Golden Deeps’ historic Khusib Springs copper deposit in Namibia.

With a supply deficit looming and the copper price heading north, more junior mining companies are testing the waters, especially at historic mining operations. Namibia hosts several copper deposits and exploration activity has steadily been increasing over the last year or so.

ASX listed Golden Deeps announced that drilling got underway at the historic Khusib Springs copper deposit on the company’s exploration licences in the Otavi Mountain Land in Namibia in April. According to a statement, the company had already intersected copper carbonate mineralisation (malachite and azurite) in two of the holes drilled into the up-dip extension of the deposit near shallow surface workings.

Local drilling contractor Ferrodrill Namibia commenced the planned drilling program at Khusib Springs on 24 April 2021. The Reverse Circulation (RC) drilling program will target the high-grade copper-silver mineralisation in the upper part of the deposit adjacent to the historic stopes. The drilling will also test for up plunge extensions to the deposit that was mined from underground but not extended to surface.

Khusib Springs is considered analogous with the Tsumeb Mine 40km to the northwest that between 1905 and 1996 produced 30Mt of ore grading 4.3% Cu, 10% Pb and 3.5% Zn3. In late 2020, Golden Deeps engaged South Africa based geological consultancy Shango Solutions to complete a study on Khusib Springs to validate the historic drilling data and digitally capture hardcopy mine plans including underground development and stoping plans with a view to assess the potential for further minable ore remaining in the mine. The study was completed by Shango in January 2021.

According to Shango’s study there are remnant zones of copper-silver mineralisation on the margins of the mined stopes as well as at depth. The remnant ore on the margins of the stopes was probably left because of the grade in the light of the then prevailing low copper prices. Copper mineralisation has been mapped in a small working at the surface above the deposit.

According to Golden Deeps, the drilling program at Khusib Springs will comprise 18 holes for 750m and will target the upper part of the deposit. Holes have been designed to test for near surface mineralisation above the old stopes and shallow remnant mineralisation on the margins of the old stopes.

Following completion of the drilling program at Khusib Springs the drill rig will be moved to the historic Nosib copper-vanadium mine where 11 RC holes are planned on three traverses.

WhyAfrica provides you with business intelligence that matters. WhyAfrica specialises in African affairs and natural resources. Africa is our business, and we want it to be yours too. To subscribe to WhyAfrica’s free newsletter or digital magazine, and for more news on Africa, visit the website at www.whyafrica.co.za or send a direct message.