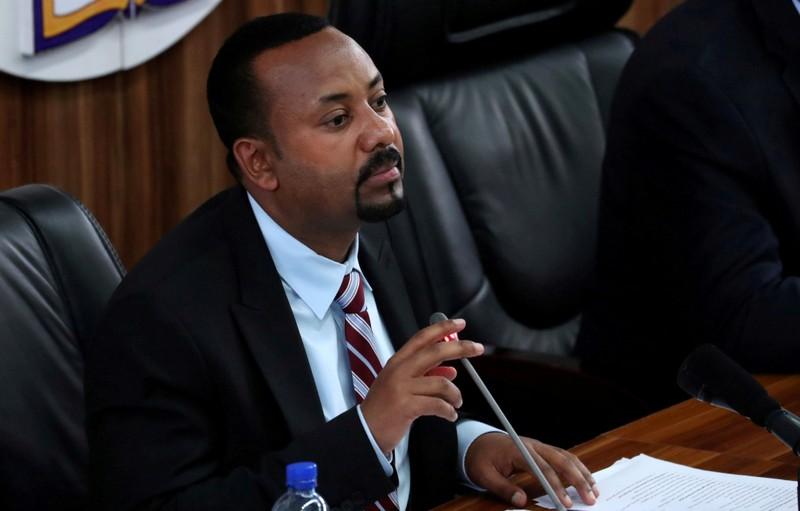 ADDIS ABABA (Reuters) – Ethiopia vowed on Monday to remove barriers to investment in its mining sector, focusing efforts on minerals used in agriculture and construction which will help drive its industrialization.

Ethiopia, which has a mostly artisanal mining industry, wants to woo foreign mining companies to kick-start development of its vast mineral resources, a key part of its efforts to plug a large trade deficit and generate foreign exchange.

Prime Minister Abiy Ahmed is shaking up several sectors in a liberalization drive aimed at transforming Ethiopia into a middle-income country.

“Our ministry will keep reforming to remove uncertainties that held back the development of the mining industry,” minerals minister Samuel Urkato said in a keynote speech to a mining conference in Addis Ababa on Monday.

The government will give incentives to investors who develop minerals used in agriculture such as potash, a key ingredient in fertilizer, as well as construction minerals, a draft policy document seen by Reuters ahead of the speech showed.

The ministry is still working out the details on tax and incentive policies, Samuel told Reuters, and the revised mining law would be announced by August next year.

Ethiopia set out its stall as “Africa’s ideal new mining destination” at the conference in the Sheraton Hotel.

Changes to its mining policies have been expected since February this year. Ethiopia aims to increase the mining sector’s contribution to GDP to 10% by 2030 from the current 3%.

The government cut the corporate income tax rate for miners to 25% more than two years ago from 35%, and has lowered the precious metals royalty rate to 7% from 8%.

Despite such reforms, Ethiopia faces stiff competition on the continent in vying for much-needed foreign investment.

Democratic Republic of Congo’s new mining code introduced last year increased the royalty rate for precious metals from 2.5% to 3.5% – half the Ethiopian rate.

On the other hand, Ethiopia’s current law guarantees the government just a 5% minimum equity stake in projects – less than in many African countries.

Access to hard currency remains a big stumbling block for international miners wanting to operate in Ethiopia, where foreign exchange reserves are low.

Government guarantees of access to foreign exchange would help attract more miners to Ethiopia, he added, which in turn could help bring in more hard currency to bank coffers.

Norwegian fertilizer company Yara is among those planning to develop potash, found in the remote Danakil depression in the northern Afar region of the country, through its Yara Dallol project.

Kefi Minerals’ Tulu Kapi site in the west of the country is expected to produce its first gold in 2021, executive chairman Harry Anagnostaras-Adams said.

The government is therefore enlisting the help of organizations such as the Canadian International Resources and Governance Institute (CIRDI) to develop the artisanal mining sector and increase government proceeds from these activities.

Of the high-value minerals Ethiopia produces, 60%-80% are mined artisanally, while that figure rises to 80%-95% for construction minerals such as basalt, pumice and limestone, according to Rahel Getachew, senior program officer at CIRDI’s project supporting the ministry of mines.